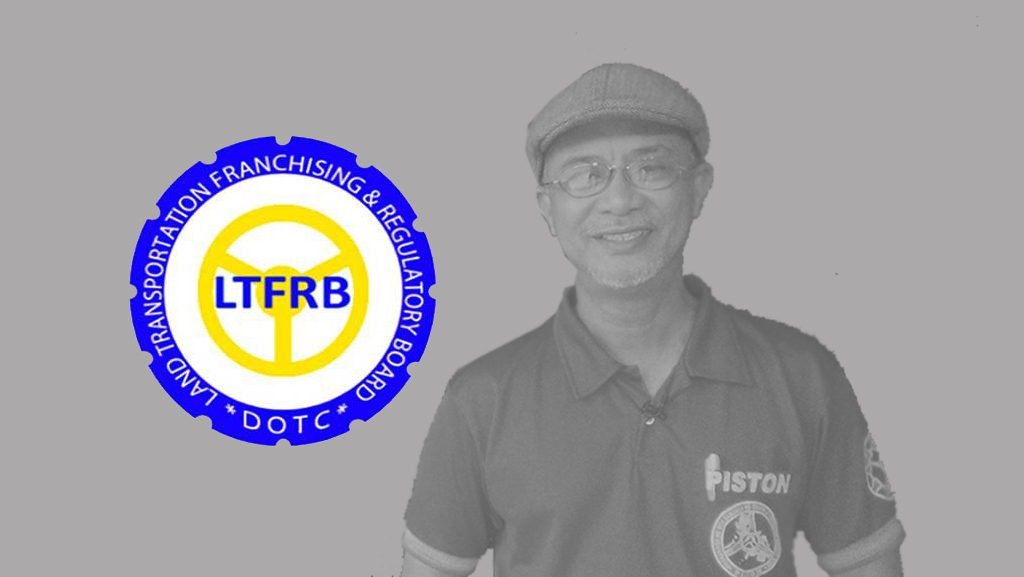 The Land Transportation Franchising and Regulatory Board (LTFRB) filed a complaint against transport group PISTON President George San Mateo for violation of Section 20 of Commonwealth Act 146. The complaint was filed on October 30 and the charge information was made public three days before PISTON and No To Jeepney Coalition’s two-day strike on December 4 and 5.

The charge was for San Mateo’s capacity as President of PISTON to have “unlawfully cause, participate, advice, solicit, persuade, or knowingly or willfully instruct, direct, or order any officer, agent or members of PISTON and/or other public transport utility companies, corporations or organizations to conduct a nationwide transport strike, which was actually held on February 27, 2017, in violation of the said law.” 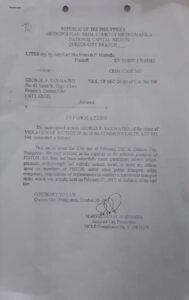 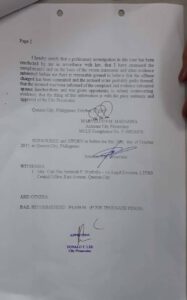 (k) Adopt, maintain, or apply practices or measures, rules or regulations to which the public shall be subject in its relations with the public service.

In Chapter 4 of the Law, the Penalties for Violations, Section 24 cites:

Section 24. Any person who shall knowingly and willfully perform, commit, or do, or participate in performing, committing, or doing, or who shall knowingly and willfully cause, participate, or join with others in causing any public service corporation or company to do, perform or commit, or who shall advice, solicit, persuade, or knowingly and willfully instruct, direct, or order any officer, agent, or employee of any public service corporation or company to perform, commit, or do any act or thing forbidden or prohibited by this Act, shall be punished by a fine not exceeding two thousand pesos, or imprisonment not exceeding two years, or both, in the discretion of the court: Provided, however, that for operating a private passenger automobile as a public service without having a certificate of public convenience for the same the offender shall be subject to the penalties provided for in section sixty-seven (j) of Act numbered thirty-nine hundred an ninety-two.

The LTFRB announced over various media outlets several times today that they are not recommending the suspension of classes on the days of the strike as they are ready to assist commuters who would be affected and become stranded due to the strike. LTFRB Board member Aileen Lizada said that the agency, as well as the Metropolitan Manila Development Authority, were also ready to secure drivers being harassed to join the strike and apprehend the harassers.  However, classes were declared suspended in Albay and Guagua, Pampanga.