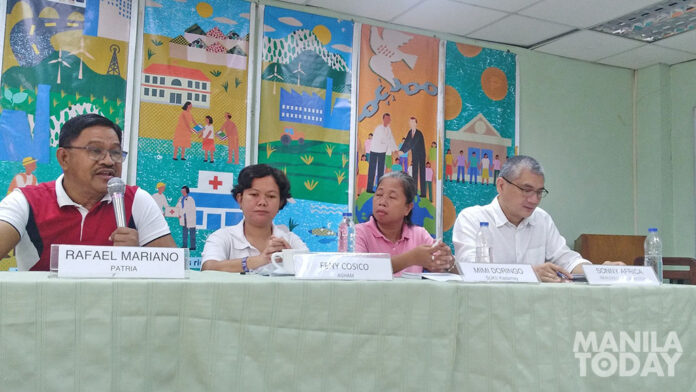 Sonny Africa of IBON Foundation (IBON) told that there are four agricultural crisis that can’t be addressed by just giving a budget.

[“The extreme poverty in the countryside even by very low official estimate, there is still high poverty incident among farmers and fisherfolks.”]

IBON also added that under Duterte administration, agriculture comprises at 8% of gross domestic product (GDP) and the employment in the sector comprises 24% of total (10 million) employment.

Former Department of Agriculture (DA) secretary Rafael Mariano stated that the agriculture sector is not a priority of the Duterte administration.

[“The DA proposed a 333-billion pesos (budget). How much was given by the Department of Budget and Management (DBM)? 71 billion. That’s 21% (less) of what the DA asked for. In the 2020 budget, how much is allotted for the department deficit? 400 billion pesos (deficit) or more.]

[Of course, there is the bigger budget allocation for DND, DILG, there’s confidential and intelligence fund, it just goes to show that developing agriculture is not really a priority of the Duterte administration.”]