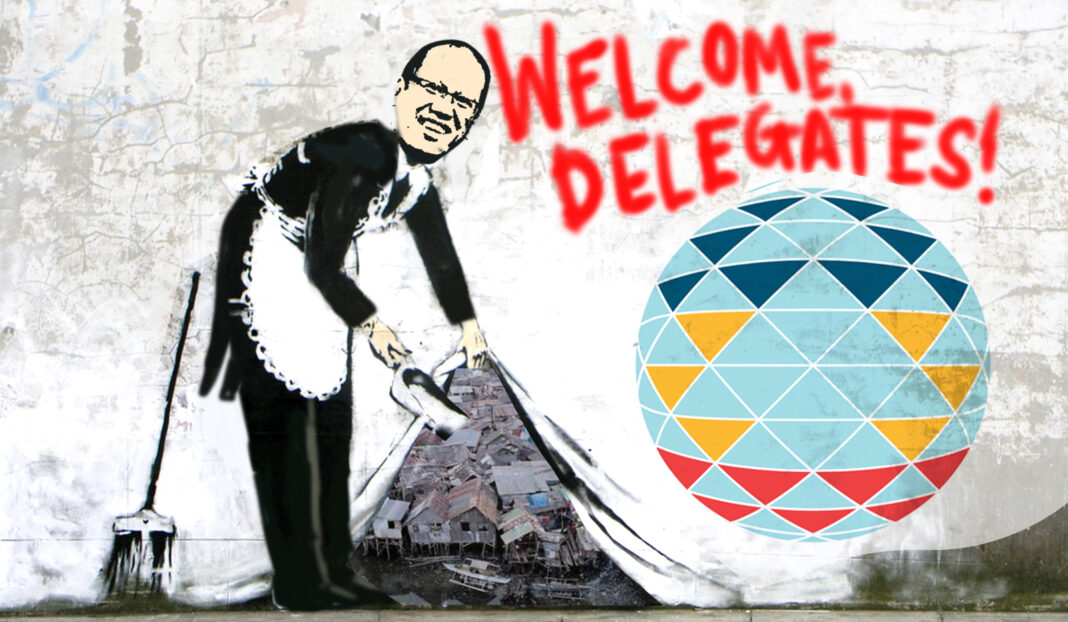 As host of the 2015 Asia Pacific Economic Cooperation Summit, the Philippines has vowed to provide a spectacular and warm welcome to world leaders, investors, media, and all participants of the annual meeting. Interestingly, the world famous Filipino hospitality will be offered to our visitors sans the residents of Metro Manila. The government has declared a weeklong holiday and it even reminded the people that it’s better to have a long vacation in the province than to stay in the city. With main roads declared closed to the public, government work suspended, offices on reduced hours, businesses and commercial establishments closed, and classes cancelled, APEC delegates will arrive and stay in a different kind of Metro Manila. Perhaps it’s a kinder and more livable urban center but ordinary residents will find it strange and unreal.

Some are defending the temporary metro makeover as necessary to make our guests comfortable, but others are asking why the government is unable to commit the same quality of service to our people.

Is it also proper to showcase a Photoshopped version of Manila? Is it ethical to modify the truth about our situation? Should we highlight only the good, the happy, and the Disney version of the country?

APEC delegates will learn many things during their brief stay in the country but they will also fail to experience how to live like a true Metro Manilan.

Below are some of the everyday kalyeserye happenings in Metro Manila that APEC delegates are going to miss:

If what the APEC talk, agree and sign on are truly for the development of its member countries, it is extremely ironic that the underdevelopment and maldevelopment of this nation’s capital shall be hidden from view during the APEC Summit in the Philippines. And we have not even looked at the situations of the regions outside Metro Manila.

On one hand, the leaders of big economies must know very well that their businesses here have siphoned the natural resources of this country, along with it the uprightness of most of our leaders. Their interests in this country have brought on this underdevelopment. But with all the makeover the Aquino government is doing, our foreign visitors won’t get the slightest picture.