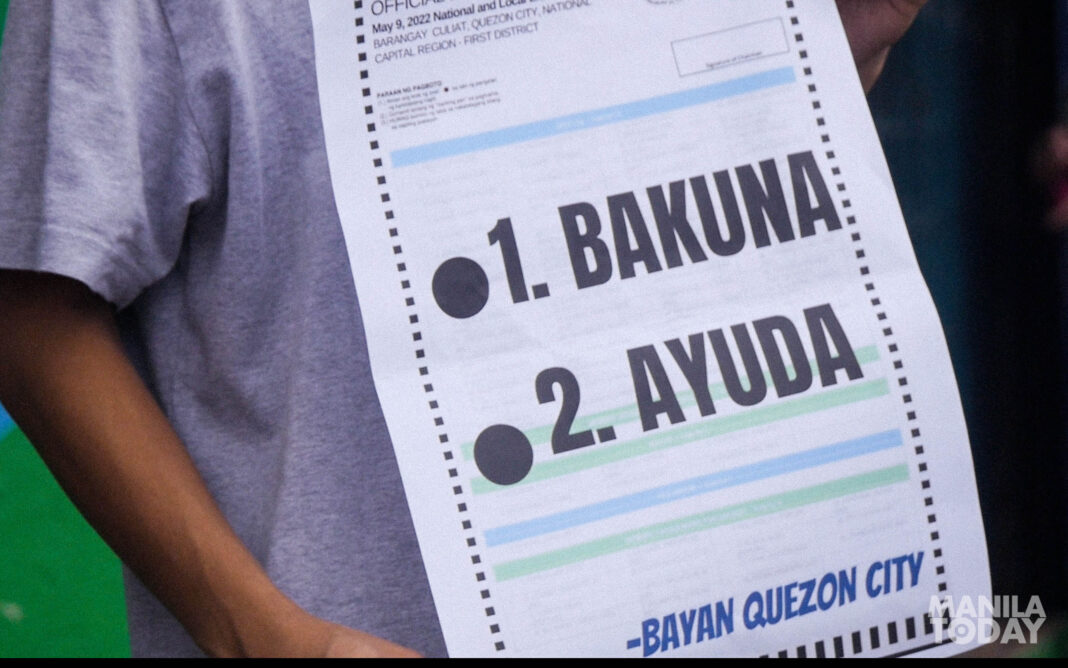 Bagong Alyansang Makabayan (BAYAN) Quezon City (QC) demanded better leaders and an effective, and comprehensive plan to address the socio-economic crisis brought by the COVID-19 pandemic in their citizens’ agenda protest in time for the last day filing of candidacy for the May 2022 polls.

[Every 6 years, national elections are held. Various politicians, personalities vie for posts and aspire to lead the country. They give sweet promises to the poor, to workers, and the youth. But after the elections and they have won, Filipinos remain poor and ignored.]

Among the issues they said needed to change was the lack of financial support throughout the pandemic, joblessness, and contractualization, ineffective distance learning, impending demolition and eviction threats in urban poor communities, and red-tagging, alongside the efficient pandemic response.

[What is more painful is we don’t see compassion from President Rodrigo Duterte’s administration.]

[During Duterte’s time, the promise for workers to become regular and to increase their ages disappeared like a bubble. The government has no response to the hunger of workers and their families.]

In 2018, Duterte signed an executive order to put an end to contractualization. However, workers groups observed that the order only strengthened labor contractualization, given that it did not prohibit all forms of contracting or subcontracting and instead allowed a number of them.

[The number of jobless workers increased and the pandemic further revealed the neglect of workers.]

On the education crisis

[The students have no future with online classes.]

The group said that many students have been enduring the distance learning scheme with no gadgets, little to no access to the internet connection, and faulty learning modules. Given this, they urged for the gradual resumption of physical classes, saying this would improve the situation of those students who are left behind.

On September 13, the school year 2021-2022 officially started still through distance learning or the use of a combination of modules and online learning. Venezuela and the Philippines were the last countries in the world to resume face-to-face classes. But Venezuela has announced the resumption of in-person classes by October, leaving the Philippines as the only country that has not reopened schools since March last year.

Two days ago, the Department of Education said that the pilot testing of face-to-face classes in the country will start on November 15 in areas with minimal risk of COVID-19.

[Not only in QC but in the whole of Metro Manila that the poor are experiencing demolition.]

BAYAN QC denounced Duterte’s ‘Build Build Build’ program that they said only made way for the development of establishments and roads the rich will profit from, but which will take away the homes of the poor.

[The country’s leaders always favor the big businesses. They destroy our homes in place of establishments owned by capitalists. This involves displacement of the poor, thrown far away from their livelihood, in place of income-generation for big businesses.]

The group said that the May 2022 elections should be a time for housing, education, work and wage issues to be addressed in favor of the majority poor and struggling people in the country.