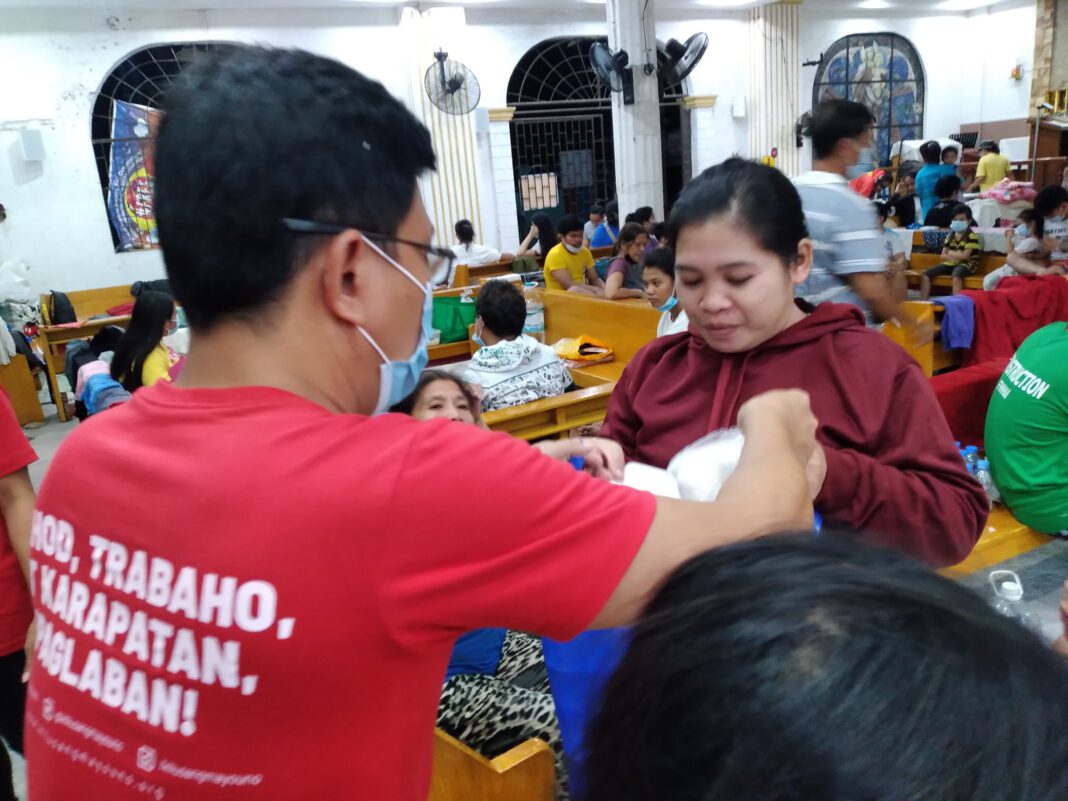 As early as 1pm of November 12, or around the time a top national official faced the public to talk about #UlyssesPH response and hours into distress calls and cries for rescue since midnight, various progressive groups have already been setting up community kitchens and conducting relief operations in various areas hit by the typhoon but are already accessible.

Bayan Muna Partylist lost no time in setting up community kitchens and giving out hot meals to various typhoon and flood-hit areas as part of its “Bayang Matulungin” initiative. Their community kitchens were set up at Brgy. Tatalon and Riverside, Brgy. Talayan in Quezon City and Brgy. San Jose, Rodriguez in Rizal. The two communities in Quezon City are known to be flood-prone, while Brgy. San Jose in Rodriguez, Rizal was among the areas where many residents asked to be rescued.

The said groups also called for donations so they can continue their relief operations.

A 6-min pre-taped message of President Rodrigo Duterte aired at around 1pm, his spokesperson joined the daily Laging Handa briefing around the same time to talk about the typhoon (the first two hours have been about COVID-19). After that, the now infamous Facebook post of Environment Usec. Benny Antiporda of a photo of the dolomite white sand with Metro Manila Development Authority spokesperson Asec. Celine Pialago and a caption “dolomite lang ang matatag” got deleted. Apart from these that have drawn attention on social media, the top executive department officials were not heard or seen since midnight up to noon.