Home NEWS Police claims no demolition, ironical to the current situation in Maysapang 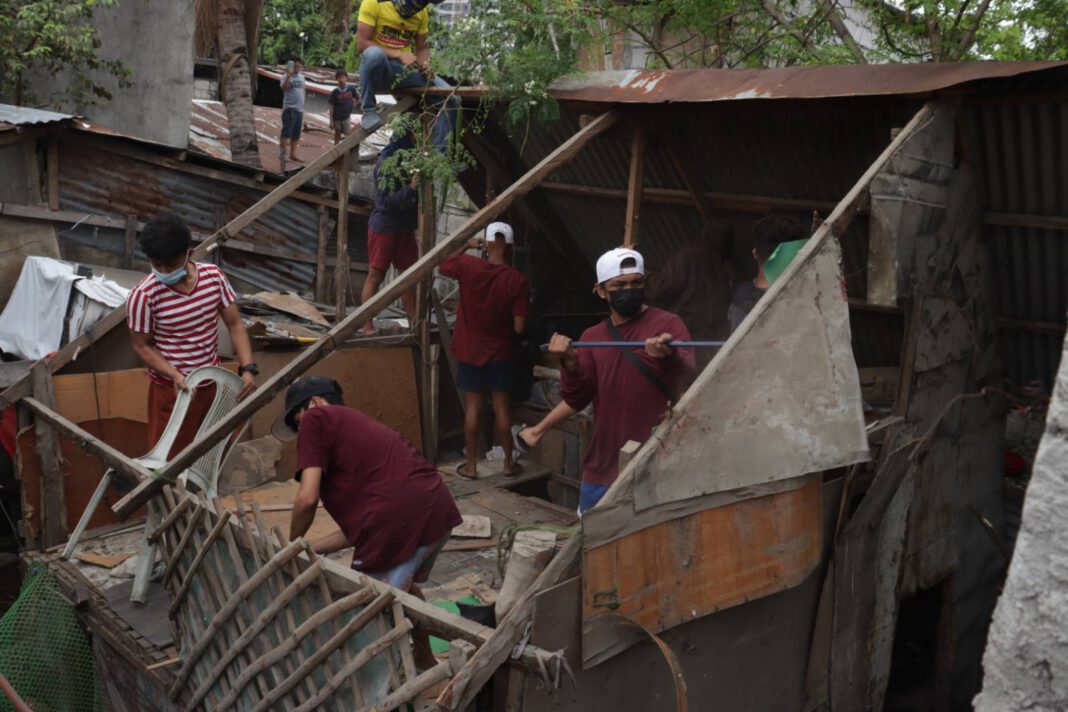 Maysapang community in Brgy. Ususan, Taguig City is gradually being knocked down despite being demanded by residents to heed their calls especially for a moratorium. Nagkakaisang Residente ng Maysapang Homeowners Association Incorporated (NRMHOAI) lambasted such dirty scheme the R-II Builders propose to several residents for their houses to be demolished in exchange for P30,000.

On March 5, just four days before the said demolition will take place, the association went to the Presidential Commission for the Urban Poor (PCUP) to assert their demands and report the current situation of Maysapang community facing the threats of demolition in the face of a global health crisis.

Furthermore, under Department of Interior and Local Government (DILG) Circular No. 2020-068, it states for LGUs to postpone all demolition and eviction activities and ensure that all homeless within their respective jurisdictions are properly accommodated.

However, this was not the case in Taguig City.

Earlier today, another house was destroyed by perpetrators who are refusing to disclose their names or whoever deployed them to conduct the said demolition activity.

This is ironical to the statement made by the police enforcers from Taguig City Police last Februrary 22 who even offered residents to contact them in case of a demolition. In fact, a certain police named PCOL Celso Rodriguez claimed that no demolition will take place in Maysapang due to the global pandemic. It was also the same day the residents barricaded the Elephant street and piled their demands in a paper along the streets.

The homeowner, however, refused for an interview. Manila Today learned that the homeowner agreed for their home to be demolished in exchange for the money they will be using to pay hospital bills of the husband who is undergoing dialysis treatment.

According to several residents, they have been occupying the area in Maysapang for more than three decades just before Bases Conversion and Development Authority (BCDA) claimed and developed the land for expansion.

It was in November 2013 that the R-II Builders/MGS Consortium won the lease sales in a bidding put up by BCDA which included the 5.2 hectares of Brgy. Ususan in Taguig. Of the hectares lived more than 500 families of Maysapang.