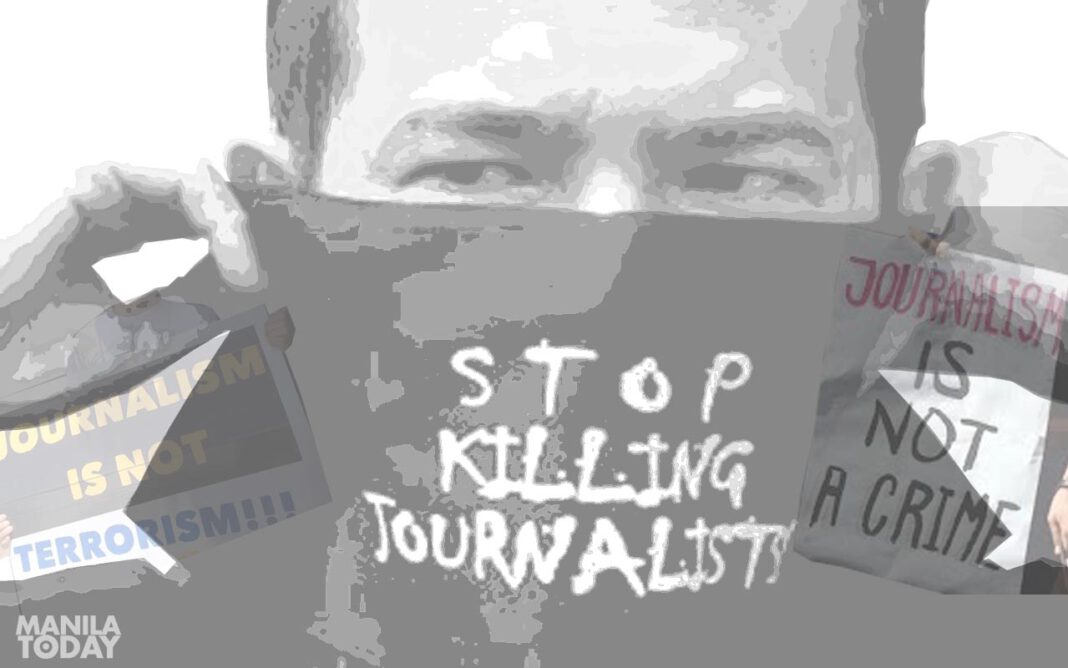 November 2 is the International Day to End Impunity for Crimes Against Journalists.

And, of course, this day continues to remind us of how deeply entrenched the culture of impunity is in the Philippines, where 189 journalists have been murdered since 1986 with hardly any accountability for their deaths.

Nothing better illustrates this than this excerpt from the report, “RENEWED VIGILANCE: Continuing the fight for the Maguindanao 58,” by the Center for Media Freedom and Responsibility soon after Judge Jocelyn Solis-Reyes of Quezon City Regional Trial Court Branch 221 handed down the verdict against a number of those accused of the November 23, 2009 massacre:

“The Ampatuan Massacre is, in fact, only the fourth case wherein a mastermind was found guilty. A large number of masterminds and killers still roam free, and are emboldened by the government’s lack of political will and apathetic attitude towards human rights and press freedom.”

With 189 deaths since 1986, this is far worse than even the United Nations’ reckoning that “only one in ten cases committed against media workers over the past decade has led to a conviction.”

Indeed, it is also well to remember that, while a number of the masterminds for the mass murder have been convicted, as the families of the 32 journalists who perished themselves stress, they have found only partial justice. The verdicts are under appeal, scores of suspects remain at large, and only 57 counts of murder were recognized by the court, excluding Reynaldo “Bebot” Momay, who was among the victims but whose body has not been found.

Although the frequency of media killings has dipped slightly, allowing the Philippines to slide down from 5th to 7th spot in the latest Global Impunity Index released by the Committed to Protect Journalists, this is no cause for celebration.

Not when 17 of our colleagues have fallen during this administration, and so many killers, both those who pulled the trigger and those who ordered them to do so, remain free to kill again.

As the United Nations points out, impunity “emboldens the perpetrators of the crimes and at the same time has a chilling effect on society including journalists themselves. Impunity breeds impunity and feeds into a vicious cycle.”

According to UN Secretary-General António Guterres: “If we do not protect journalists, our ability to remain informed and make evidence-based decisions is severely hampered. When journalists cannot do their jobs in safety, we lose an important defense against the pandemic of misinformation and disinformation that has spread online.”

National Union of Journalists of the Philippines
National Directorate
+639175155991