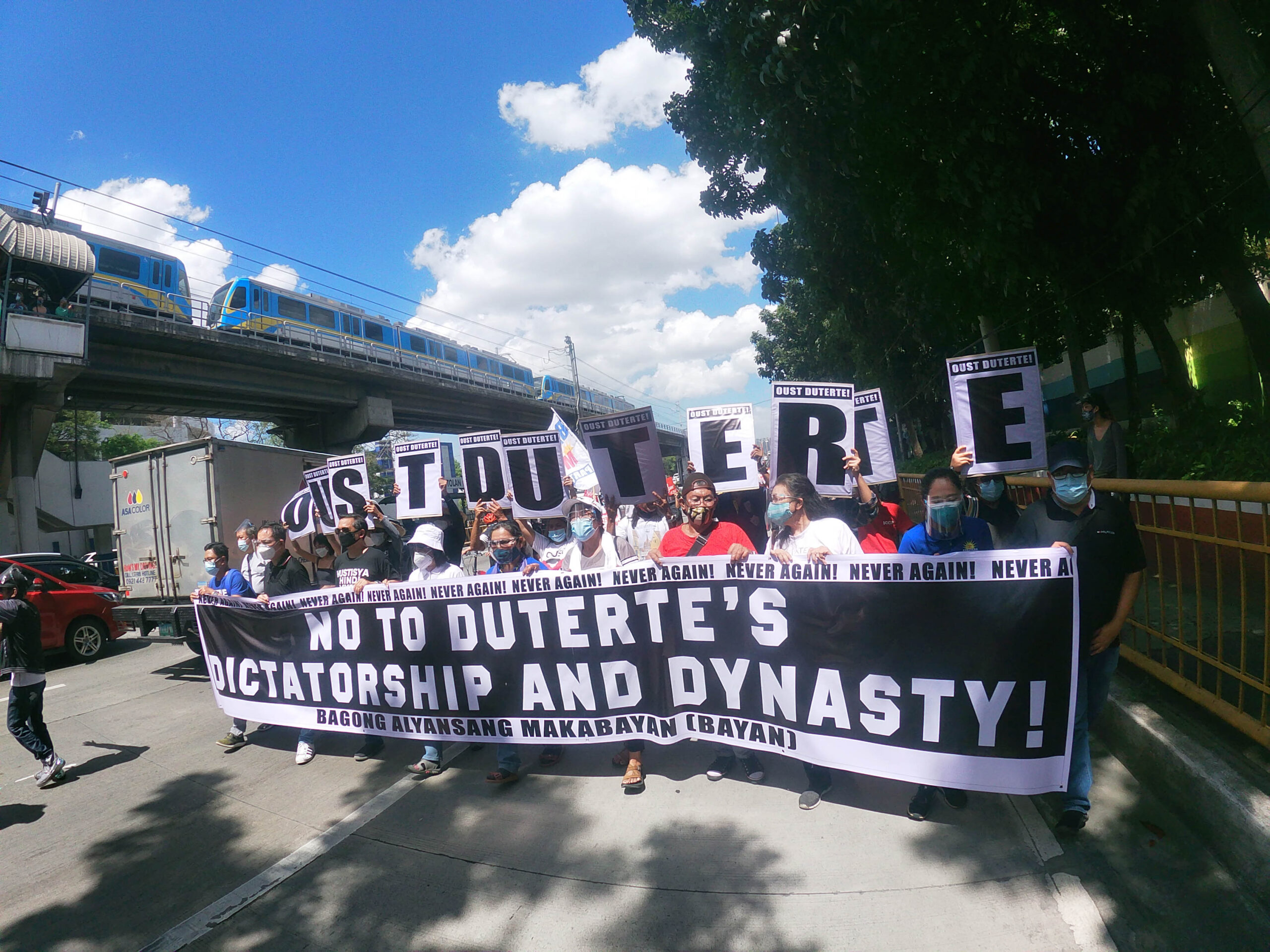 President Rodrigo Duterte, according to various progressive groups, is of no difference to the late dictator Ferdinand Marcos. As a matter of fact, Duterte is even worse than his idol who has only brought the looming threat of state abandonment and fascism.

In the 35th commemoration of EDSA People Power, the Filipino people once again stood firm their ranks to reverberate the power of collective struggle which toppled the tyrannical and dictatorial ruling of those seated in powers-that-be.

“Mag-aklas sabay-sabay, singilin pasistang diktadura,” was that poignant line sang in a cultural performance. Such echoed demands during the EDSA 35 mobilization highlighted the rampant attacks on indigenous peoples (IP) communities alongside the constant red-tagging of the controversial anti-communist task force (NTF-ELCAC).

Anti-Marcos calls were also laid out as though protesters pressed the blatant attempts of the Marcoses to regain political power in Malacanang Palace amid their pending cases.