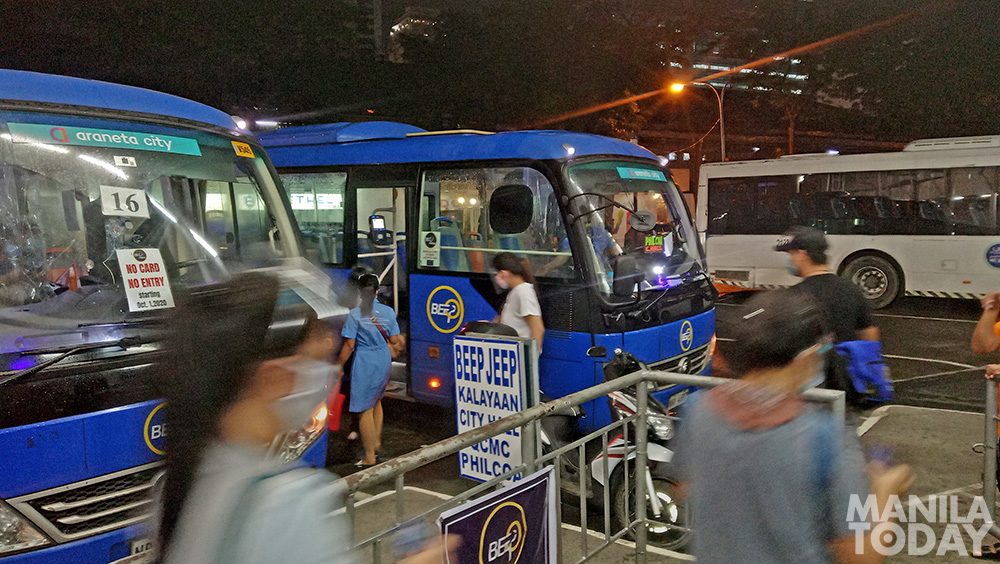 Passengers piled up in a long queue, each lining up for half an hour or more in order to top up or purchase the newly issued “beep rides” card which is said to be used particularly for public utility buses (PUB).

Department of Transportation (DOTr) issued on Monday, September 28, the “No Beep Card, No Ride” policy on PUBs plying along EDSA starting October 1.

“The move will also pave the way for more seamless and faster transactions, as it will improve waiting time and trim down queuing of passengers,” DOTr said in their statement.

DOTr Assistant Secretary for Road Transport Steve Pastor also noted this policy will observe the health and safety protocols enforced by the Inter-Agency Task Force for the Management of Emerging Infectious Diseases (IATF).

“We want to ensure that commuters along Edsa will have a safer and comfortable travel, while at the same time providing them a more seamless and efficient system of public transport,” Pastor affirmed.

The issuance of the new “beep card” drew confusion among commuters.

The beep™ card which can be bought and used in LRT and MRT-3 stations is different from the “beep rides” card series.

The said card costs P150 with a P50 consumable load. It can be purchased in bus terminals with PUBs bearing the sticker “beep rides”, indicating the beep rides card utilized in the cashless fare scheme.

Another commuter shared the same sentiment among others, citing that the “beep rides” card is quite expensive and confusing and different from the beep™ card which can be used in LRT and MRT stations.

Several commuters also complained that there has to be at least P33 balance in their “beep rides” card for them to ride the bus.

A minimum of P100 is needed to top up the “beep rides” card.