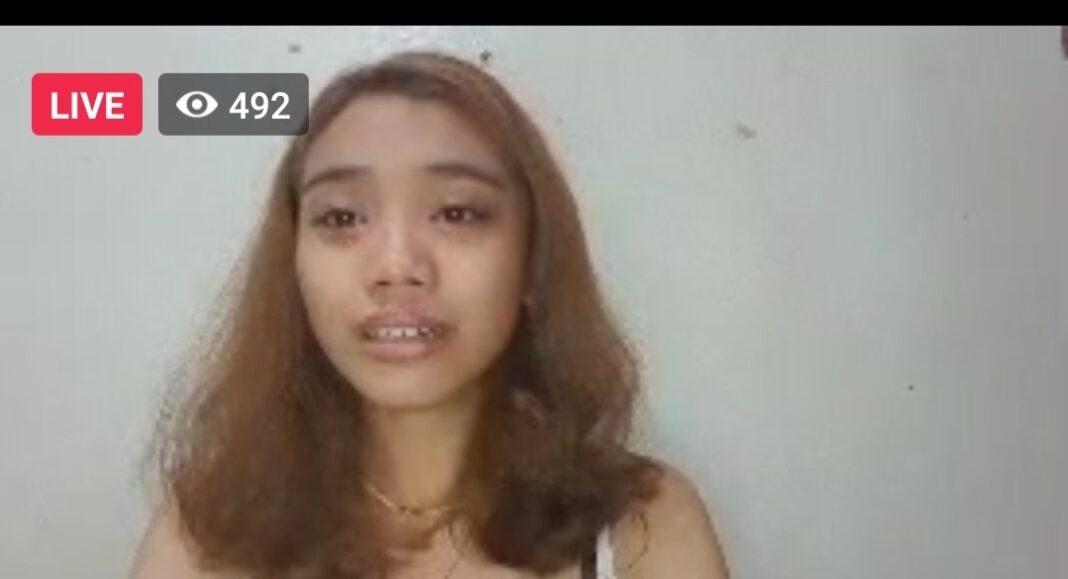 The Department of Justice (DOJ) junked another complaint against Anakbayan members filed by the Philippine National Police and Jovita Antoniano, a parent of an activist.

In a 15-page resolution dated May 28, the DOJ junked the kidnapping and child abuse cases finding no probable cause to charge the group with violations of Anti-Trafficking in Persons Act of 2003  or Republic Act (RA) 9208 and Philippine Act on Crimes Against International Law, Genocide and Other Crimes Against Humanity.

Antoniano claimed that her daughter Trisha, a senior high school student from the Polytechnic University of the Philippines, went missing after being recruited by Anakbayan.

The DOJ resolution also said Trisha is no longer a minor when she left their home.

In the Section 3 of RA 9208, the recruitment, transfer, harboring or receipt of a child for the purpose of exploitation shall also be considered trafficking in persons even if it does not involve threat or use of force, or other forms of coercion, abduction, fraud, deception, abuse of power or position, taking advantage of the vulnerability or persons.

Also in the law, a child is defined as a person below 18 years of age or one who is over 18 but is unable to fully take care of or protect himself/herself from abuse, neglect, cruelty, exploitation, or discrimination because of a physical or mental disability or condition.

The panel of prosecutors believed the contrary.

“Certainly, no evidence was presented showing that Anakbayan is the recruiting arm or of somehow connected to the CPP-NPA,” the resolution said.

They said that there is also no evidence to prove that Anakbayan or League of Filipino Students is an armed group or that it recruits minors or children to participate in hostilities or armed struggle.

“Further, we cannot consider joining and participating in rallies and conducting peaceful assemblies as acts of armed struggle,” the resolution said.

Succeeding to flee her family home seven times, youth activist Alicia Lucena recalled her ordeal after she was abducted by her own parents and state agents by tricking her into getting a COVID-19 test in April this year.

In her Facebook live, youth activist Alicia exposed the traumatic experiences she went through in the months she was forced to stay with her parents and in contact with the state agents.

[I was made to sleep in the 4th floor. The 4th floor looked like solitary confinement. All the walls were painted white. The bed was on the floor. It was messy. It was dirty. The gate was padlocked. All the windows have grills and railings. It looked like being in jail.]

[They treated me worse than they would an animal.]

She said she was unable to do a lot of things, such talking to her siblings. She was also allowed to urinate in a litter box.

She said she was made to meet with psychologists.

[In our psych sessions, I was just being interrogated. I was interrogated what the police and military did when I was brought to their camp in 2019.]

Alicia’s mother Relissa, member of Hands Off Our Children and League of Parents of the Philippines, said in a Facebook post that Alicia’s escape was once again a case of ‘kidnapping’ by progressive organizations. She even included in her latest post some pictures of the youth activists and labeled them as kidnappers.

The DOJ junked the kidnapping case Relissa filed, accusing Anakbayan of kidnapping Alicia. The case was dismissed as Alicia was in fact not missing and that she was of legal age then and able to decide where she would like to stay.

“Anakbayan considers Alicia’s escape from her captors as a necessary and legitimate action given the abuse she had experienced in her detention. Such necessity and legitimacy is bolstered by court decisions that affirm Alicia’s rights to speech, assembly, and organization,“ Anakbayan said in their press statement in support of Alicia.