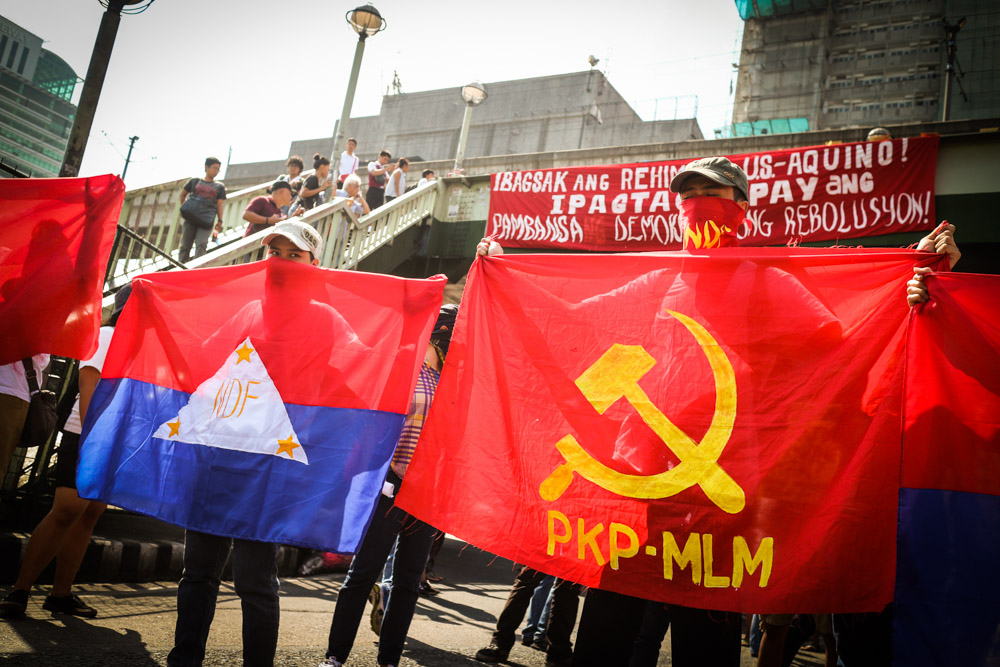 Various revolutionary organizations under the National Democratic Front of the Philippines (NDFP) staged a lightning rally along EDSA Cubao on April 24 to commemorate the 42nd anniversary of the united front’s founding.

According to the NDFP’s website, ‘the NDFP seeks to develop and coordinate all progressive classes, sectors and forces in the Filipino people’s struggle to end the rule of US imperialism and its local allies of big landlords and compradors, and attain national and social liberation.”

The NDFP was established on April 24, 1973. Since 1992, the NDFP has been holding peace talks with the Government of the Republic of the Philippines (GRP) to address the roots of the armed conflict.