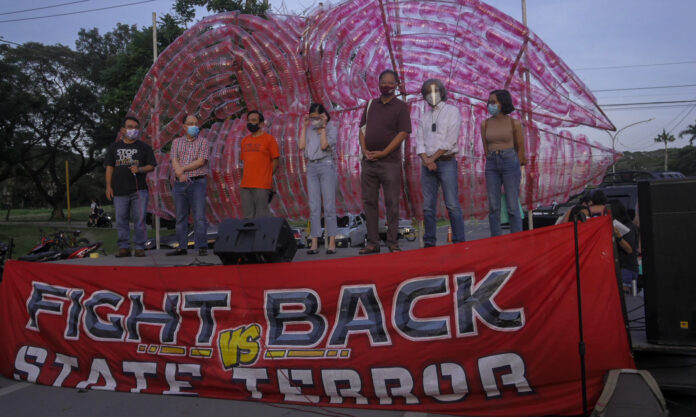 On January 29, progressive groups and supporters gathered in a grand send off protest for the lawyers that will attend the oral argument against Anti-Terrorism Act at the supreme court on tuesday, February 2.

The grand send-off was held at University of the Philippines Diliman, a pray over for the lawyers was also held as part of the program.