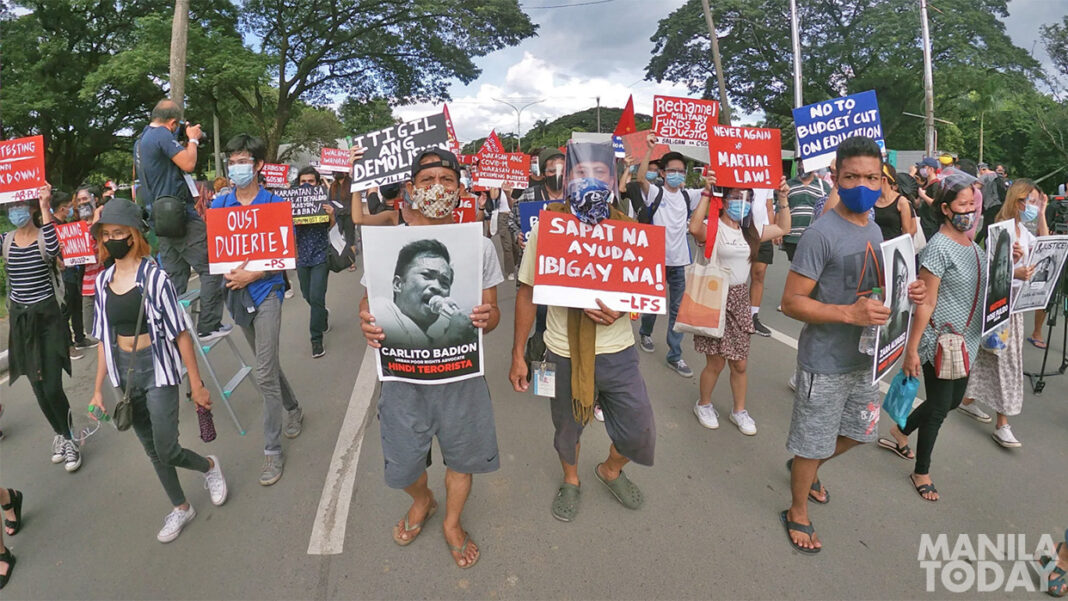 A protest rally on the 48th anniversary of Martial Law declaration called for an end to today’s ‘de facto martial law’ under President Rodrigo Duterte.

Protesters, including survivors of the 14-year authoritarian rule of the late Ferdinand Marcos, Sr., also decried all attempts to rehabilitate the image of Marcos and his dictatorship and to revise this dark chapter in the nation’s history, and state of democracy and freedom.