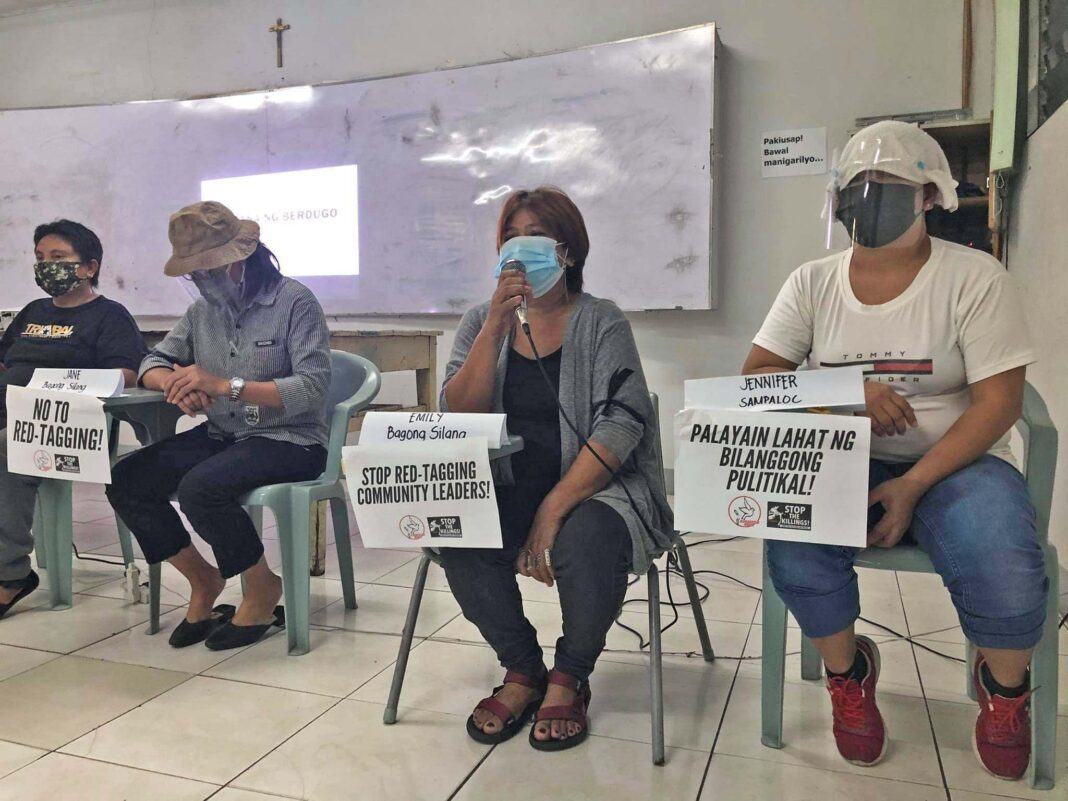 Families of Oplan Tokhang victims and political prisoners, as well as community leaders, gathered on July 20 for a press conference about the state of human rights in the country six days before President Rodrigo Duterte’s last State of the Nation Address. They recalled the numerous civil and human rights violations under the five-year rule of Duterte.

[Duterte made us suffer a lot. Especially the poor like us.]

She cried as she recounted her experience at the start of Duterte’s bloody war on drugs. As a volunteer barangay tanod (village watcher), she said that she saw firsthand how her neighbors grieved over their slain relatives.

On December 28, 2016, her own child was killed in an operation along with other people in their community in Bagong Silang. One of those who were killed was a pregnant woman.

[Even if they are addicts, they have a right to live.]

Ding, also from Bagong Silang, whose husband was gunned down by a riding in tandem in 2017, spoke about how it’s difficult for them to repeatedly talk about their traumatic experience only to be met with curses and criticisms. She also mentioned that the families of the victims never received any help or compensation.

[When will you act? When you become the one abused? When it is your child or spouse who was killed?]

Karapatan Metro Manila stated that there are around 27,000-30,000 Oplan Tokhang victims, 409 political killings, and 487 political prisoners under the current administration.

The drug war numbers have varied during the administration. From July 1, 2016 to Dec. 31, 2020, the official government data lists 6,011 deaths in anti-drug operations. These excluded vigilante killings that could number up to 23,000.

The drug-related deaths were initially reported as the death under investigation (DUI) count of the police, which the police later said were not all drug-related. The deaths were at 6,000 in Duterte’s six months, with an average of 1,000 killed per month. The DUI count was last updated in January 2017. The police later renamed DUI to homicide cases under investigation or HCUI. The count was at 23,000 by 2018, with only 11% being classified as drug-related but around half was not yet classified.

Also present in the press conference are the representatives and leaders of Samahan ng Manggagawa sa Slord Development Corporation, STAND-PLM, and Baseco Community. Each of them experienced separate accounts of harassment and red-tagging by soldiers and police for merely fighting for their rights.

The conference ended with a call for justice and symbolic candle lighting for the human rights victims of the Duterte administration.