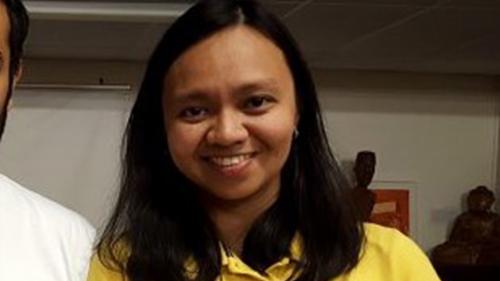 Various human rights and  cultural groups called for the release of Lorena Sigua, age, whom the police forces arrested on September 19, 2021 on a trumped-up murder charge, according to Artists’ Arrest. Sigua was accosted at the border of Marilao and San Jose Del Monte, Bulacan by police in civilian clothing.

Rights group Karapatan said that Lorena remains detained at the San Jose Del Monte Police Station and has experienced psychological torture due to numerous interrogations by state agents without the aid of her legal counsel.

“We demand that Sigua be released. Since her arrest, state forces have repeatedly interrogated, threatened, and coerced Sigua, in clear violation of her rights,” said Karapatan secretary general Cristina Palabay.

According to Palabay, Sigua’s legal counsel and paralegal said that Sigua was not read her Miranda rights. Police also violated attorney-client privilege, when they required her to put her cellphone on speaker when she talked to her lawyer.

The regional unit involved in her arrest also took hold of Sigua’s personal belongings including laptops, flash disks, cellphones, cash and her car, among others. They refused to turn over Sigua’s belongings to her legal counsel and relatives, citing the need for clearances and court orders, despite lack of basis to obtain and confiscate them.

Sigua’s arrest was said to be by virtue of an arrest warrant on a “trumped-up murder charge” issued by Judge Lou A. Nueva of Regional Trial Court Branch 7, Bayugan City in Agusan del Sur.

Karapatan said Sigua has been interrogated thrice by elements of the National Intelligence Coordinating Agency, National Task Force to End Local Communist Armed Conflict (NTF-ELCAC), and the police intelligence unit of Region 3, from the night of September 19 until the afternoon of September 20 without the presence of her legal counsel. The group said her interrogators offered Sigua large amounts of money in exchange for information on persons she doesn’t know. She was also threatened that something bad will happen if she does not cooperate with them.

Palabay also said the NTF-ELCAC has also attempted to use Sigua as bait to turn in another red-tagged and harassed rights defender in the person of Atty. Jobert Pahilga.

Intelligence officers from Camp Crame reportedly said they will return her personal belongings, as long as it is Pahilga who will claim them.

Human rights lawyer Pahilga has been red-tagged and harassed by Jeffrey Celiz, a former activist turned informant and state agent. Celiz reportedly came with elements of the NTF-ELCAC to interrogate and coerce Sigua.

Sigua was a cultural worker with the Amado V. Hernandez Resource Center (AVHRC) where she served as production manager of poetry readings and stage plays, among others, and conducted cultural workshops among organized workers.

The AVHRC is a people’s organization named after the National Artist for Literature and former political detainee and labor leader Amado V. Hernandez.

“During her time with AVHRC, Lorena worked tirelessly to advance the cultural causes and rights of urban workers, informal communities, child laborers, and indigenous peoples across the country,” said AVHRC.

“We demand her immediate release and call on the people of conscience everywhere to protect her and many others who have been detained for their political beliefs,” added the group.

She is also a volunteer Lumad school teacher.

Sigua became a member of the Concerned Students for Justice and Peace at the University of the Philippines (UP) Diliman, where she took up BA Communication Research at the College of Mass Communication (CMC).

The UP Diliman CMC Student Council also condemned the arrest and fabricated charges against Sigua. Such incident, they said, is a manifestation and result of the Anti-Terrorism Law that the current administration uses to attack and red-tag community organizers, Lumad teachers and cultural workers among the poor and marginalized sectors in the country.