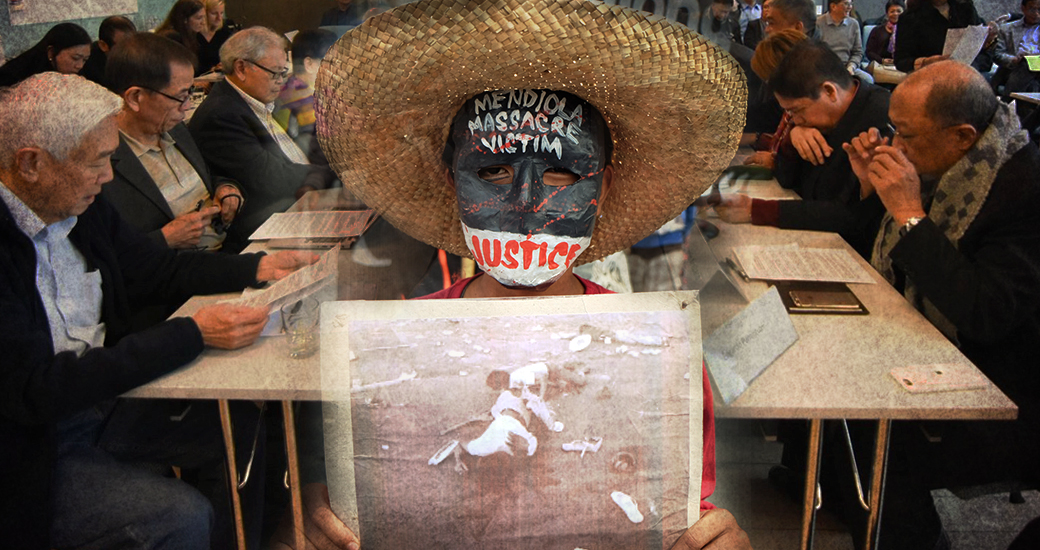 On its second day, the third round of the peace talks started tackling the Comprehensive Agreement on Social and Economic Reform (CASER) in Rome, Italy, the core parts of it includes land reform and national industrialization.

Also on this day, peasant groups and activists stage a protest in Manila in commemoration of Mendiola massacre, a remembrance of what should have been the return of democracy post-Martial Law when the Corazon Aquino administration came to power. The 13 killed and hundreds injured have also not been served justice.

Today, 30 years after the Mendiola massacre coincided with 30 years of peace talks that would finally come to tackle land reform.

“We remember with rage how, in January 22, 1987, the state’s security forces violently dispersed and opened fire on thousands of peasant demonstrators and their supporters who were marching towards Malacañang Palace to demand genuine land reform,” said the Luis Jalandoni, Senior Adviser to the National Democratic Front of the Philippines (NDFP), in a video message.

The NDFP withdrew from the peace talks with the Corazon Aquino government in view of the bloodbath. Aquino, who promised to implement land reform, had only been in power then a month short of a year.

“If 30 years ago there is the Mendiola massacre, today we cite the violent attacks against agrarian reform beneficiaries in Lapanday, Tagum as clear proof that there is still no resolution of the land problem, there is still no genuine land reform,” said Jalandoni.

Agrarian reform beneficiaries of Lapanday who decided to try and retake their land on December 9, 2016 were shot by Lapanday corporation guards, while more were farmers harassed after that incident.

“We salute the Kilusang Magbubukid ng Pilipinas and Bayan who staged a demonstration this morning to remind us of the urgent need to solve the agrarian problem once and for all,” said Jalandoni.

Discussions on the CASER, the second substantive agenda of the peace negotiations of the Government of the Philippines (GRP) and the NDFP, only started in 2016 under the Duterte administration. The first substantive agenda came to an agreement with the signing of the Comprehensive Agreement for Respect on Human Rights and International Humanitarian Law in 1998. Peace negotiations hit impasses during the Gloria Arroyo and previous Benigno Aquino administrations.

Ceballos was shot in front of his house in Don Salvador Benedicto, Negros Occidental, after which he was rushed to the hospital where he was declared dead on arrival.

Karapatan cited the killing as a violation of CARHRIHL, the ceasefire agreement of the GRP and NDFP and the first reported political killing in the new counterinsurgency plan of the Duterte administration, Oplan Kapayapaan.