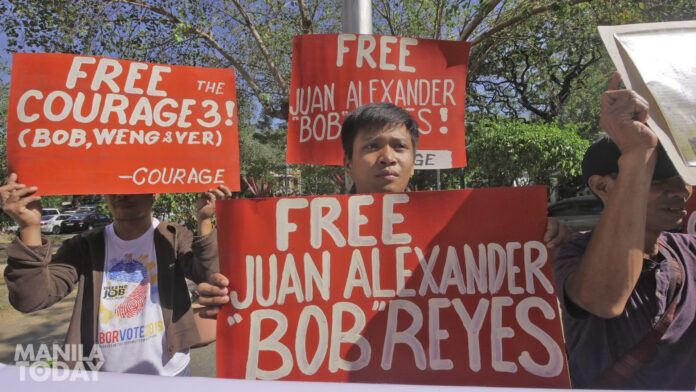 The hearing on the illegal possession of firearms charges against Bob Reyes in the Quezon City Regional Trial Court (QC RTC) Branch 95 lasted for around 30 minutes only as the police were not able to present their witnesses. This was the third time that the police witnesses failed to appear for Reyes’ hearing.

Meanwhile, the illegal possession of explosives case against Bob has been pending with the Department of Justice, according to Reyes’ wife Meri. She said their family have been waiting whether this case will be dismissed or it will be sent to the QC RTC as well.

Recently, an additional case was slapped against Bob in Agusan Del Sur. His three cases (of frustrated murder) in Agusan Del Sur became four, with the addition of a charge for syndicated arson.

[Return their father to my children, they deprived my children of a father. Return my husband to us and dismiss these trumped up charges. The issues they are fighting for must be addressed, must be heard. People like my husband remind government of what they have neglected that’s why they are protesting.] 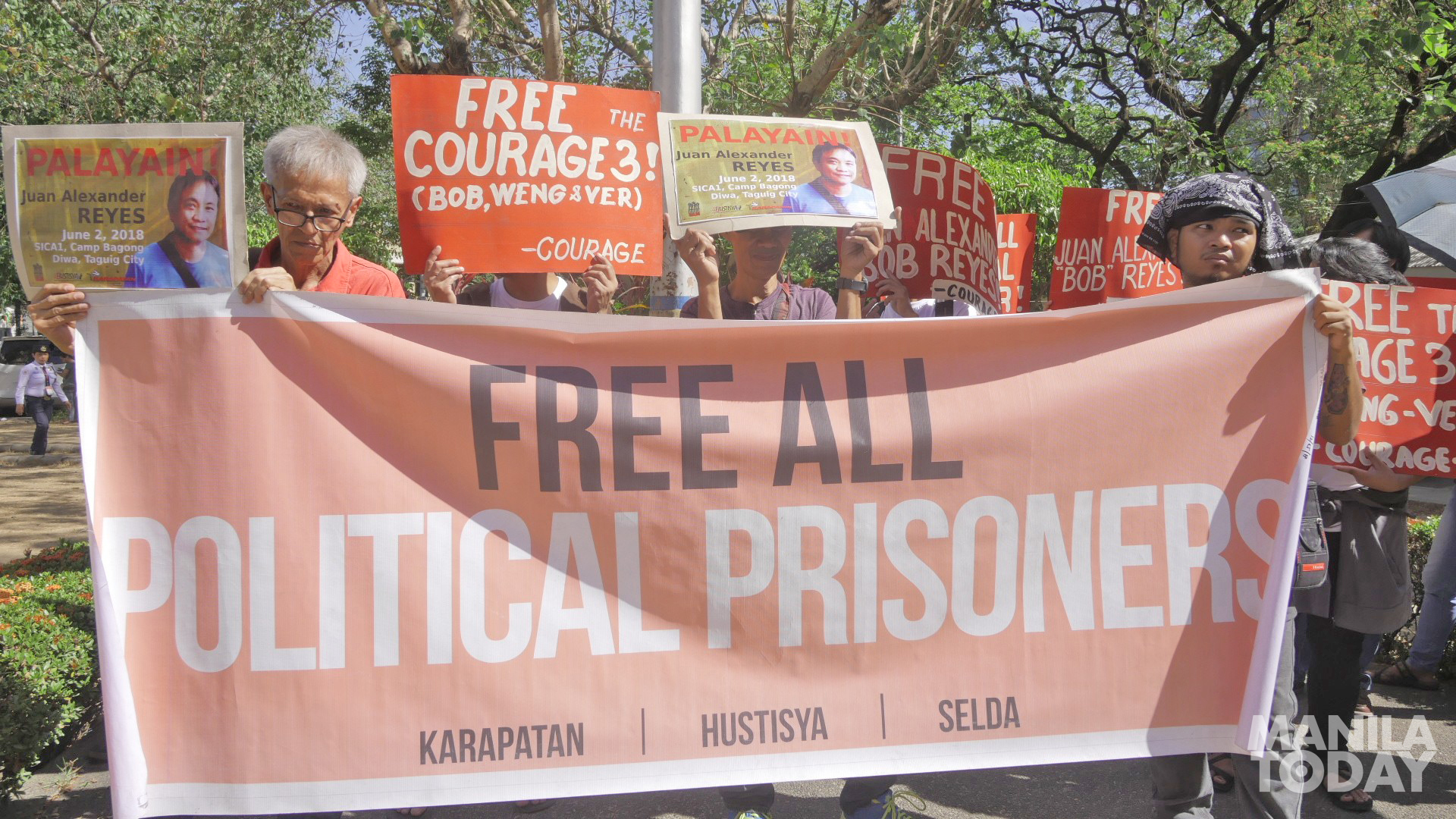 Reyes, 48, coordinator of Sandigan ng Manggagawa sa Quezon City and a former organizer of government employees was illegally arrested June 2 last year while on his way home from a meeting with workers from Quezon City. He and his companion were forcibly taken in a vehicle by four men. They were blindfolded and a gun and a detonation cord was allegedly planted on his small pouch. His companion was left off on the way with the abductors saying he was not the target. Reyes’ whereabouts were unknown for almost 12 hours until he was surfaced in the Criminal Investigation and Detection Group detention area in Camp Crame.