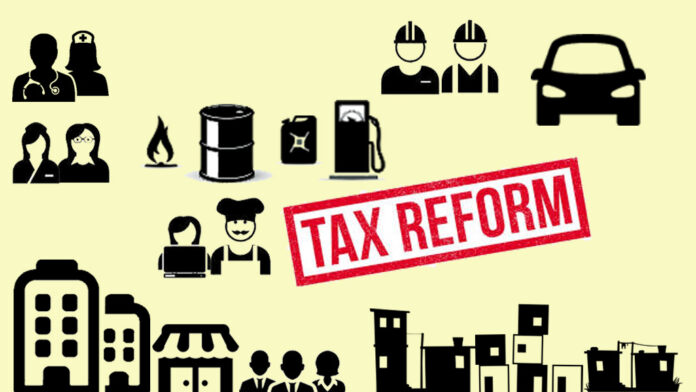 It must have really been a long day for legislators, after a half day session to ratify the one-year extension of Martial Law in Mindanao and then other pending legislations. A long day, indeed, that majority were no longer present by 11:30pm on December 13 when the Tax Reform for Acceleration and Inclusion (TRAIN) was ratified.

The TRAIN is the first of three-four tax reform packages lobbied by the Department of Finance (DOF). The agency initially intended that the bill be passed into law earlier this year and tax reforms in the TRAIN already be implemented this year, so as to generate the needed money to fund the government’s P8-trillion Build, Build, Build program.

[Where are the representatives? Most of them are at the Christmas party of PDP-Laban in Sofitel with Duterte himself. This is the way of Congress – there is a vote even when the representatives are not here, but partying in a 5-star hotel while imposing cumbersome taxes on the people.]

The bicameral—joint session of the Lower House and the Senate—report on the TRAIN was adopted even when there were only a handful of representatives present in the plenary session. Session quickly adjourned after the adoption of the bicameral report.

However, other provisions of TRAIN would squeeze out more earnings from people, as the DOF calculated more earnings than losses to be acquired from the lowering of personal income tax.

Liquefied petroleum gas, used for cooking by many households, would now be taxed P6 that would be divided in three years—P1 in 2018, P2 in 2019 and P3 in 2020. This would mean P11 increase in a standard 11-kg LPG tank due to the new tax, apart from numerous oil price increases.

Tax on petroleum products usually cause a domino effect on prices of basic commodities, public transport fares, services, and electricity rates among others.

Earnings from higher tax impositions, that would mostly be generated from goods consumed by the poor and ordinary Filipinos, are said to go to the public utility vehicle modernization program (PUVMP) of the Department of Transportation (DOTr) and the Land Transport Franchising and Regulatory Board (LTFRB) and to Martial Law in Mindanao.

The DOF said the government would spend around P417 billion for five years of the PUVMP. From this amount, P8 billion from DOTr and P1.3 billion from the Office of Transport Cooperatives would be allocated to subsidy for the acquisition of new vehicles; P4.5 billion training assistance through the LTFRB and TESDA, P494 million for route rationalization, and P300 million for project management.

National Security Adviser Hermogenes Esperon revealed in the interpellations on the Mindanao Martial Law extension for 2018 that the Armed Forces of the Philippines (AFP) spent P4 billion since Martial Law was declared in May. Akbayan Rep. Tom Villarin, meanwhile, mentioned in the same session that the government spent P5.87 billion in six months of Martial Law in Mindanao. Esperon was also asked by ACT Teachers Partylist Rep. France Castro how much would be spent for a year of Martial Law and the former AFP Chief-of-Staff said they do not know yet because they do not know yet how intense the fighting would be.

Makabayan legislators said the government is spending a lot of money on war and they bleed that from the majority poor Filipinos through taxes or debt that would also be paid by the people.