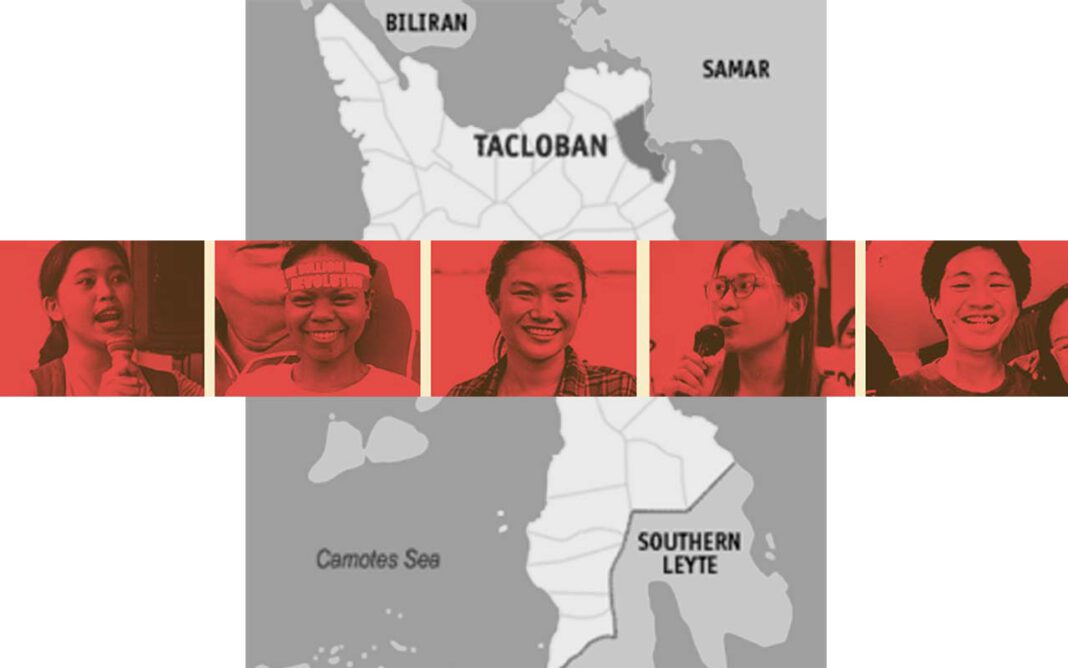 Judge Georgina Perez of the Tacloban City Regional Trial Court Branch 45 denied the Omnibus Motion to rescind warrant and the information filed by the counsel of ‘Tacloban 5’, four activists and a community journalist arrested in February.

The 5th hearing for the case filed against publication Eastern Vista Executive Director Frenchie Mae Cumpio, 21, and Rural Missionaries of the Philippines staff Marielle Domequil, 22, was held on June 23.

Karapatan council member in Eastern Visayas Alexander Abinguna was also among those arrested.

Groups the five belong, media and human rights groups, who said they were detained on planted evidence and trumped-up charges, have long demanded for their release.

While sleeping, they were simultaneously arrested on a search warrant that was served at around 2:30am and read only after the search was done. They reportedly heard planting guns and cash as “evidence” being completed. They were subsequently charged with illegal possession of firearms.

Police and military in a joint operation raided two offices of activist groups on February 7 this year using search warrants issued by Tacloban City’s Regional Trial Court Branch 44 executive judge Eligio Petilla on February 3, for alleged violation of Republic Act No. 10591 or “An Act Providing for a Comprehensive Law on Firearms and Ammunition.”

Various groups such as the National Union of Journalists of the Philippines said this is part of government crackdown on legal organizations tagged as supposed communist fronts and against critical media, mainstream and alternative.

The legal counsel for the ‘Tacloban 5’ is set to file a Petition for Bail next hearing on July 7. They are also considering to file a Motion for Reconsideration to the higher court. They also are verifying information on criminal cases filed against the ‘Tacloban 5’ in Calbiga, Samar and Borongan, Eastern Samar.

ON THE CASE: The 5th hearing for the trumped-up case filed against Frenchie Mae Cumpio and Marielle Domequil was held…