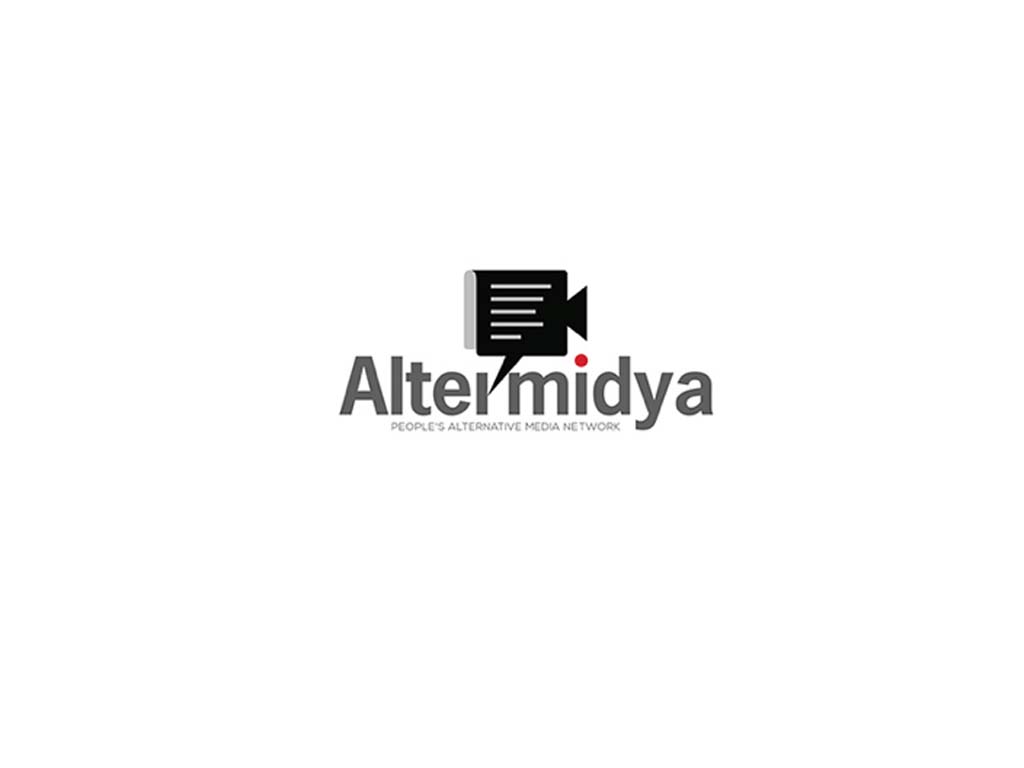 Altermidya, the nationwide network of independent and progressive media outfits, stands in full support with the call of thousands of media workers, actors, directors, and employees of ABS-CBN for the renewal of the franchise of the broadcast network, which is set to expire in March.

The heightened threats by the Duterte administration to derail ABS-CBN’s franchise renewal speak volumes of how the president is following the Marcosian game plan to the letter. How can the nation forget how in the early years of the Marcos dictatorship, the regime confiscated TV and radio stations owned by the Lopezes and transferred the control to his cronies?

Now, Duterte is brazenly picking instructions from that same playbook, even suggesting that the owners of ABS-CBN just sell the network, increasing suspicions that he wants the ownership of one of the biggest media networks in the country to go to one of his cronies. There are also reports that the administration will even utilize a plethora of legal tools against the network, starting with impending cases set to be filed by the Office of the Solicitor General.

At this juncture, the public should demand answers to essential questions: why is the Duterte administration targeting ABS-CBN? What is its end goal? Who will benefit from this move? The administration can no longer hide the fact that it is unabashedly playing its hand and interfering with press freedom.

The administration is again attempting to further narrow the democratic space in the country by swiftly chipping against the already cracked shield that is freedom of expression and of the press. The attack against ABS-CBN is the latest in the multi-level attack of the Duterte administration in a move to control public discourse and opinion — a move that is the hallmark of a despot, a tyrant who cannot stomach dissent.

Sound the alarm! Let us call on legislators and the general public to ensure the passage of the bill renewing the franchise of ABS-CBN. Let us expose the putrid motives of those blocking the franchise renewal, and the empty reasons they are harking on to justify this new attack. No amount of reasoning can justify any move to extinguish the flame of press freedom. At a time when one of our fundamental civil liberties is in peril, we need to fight back, together.