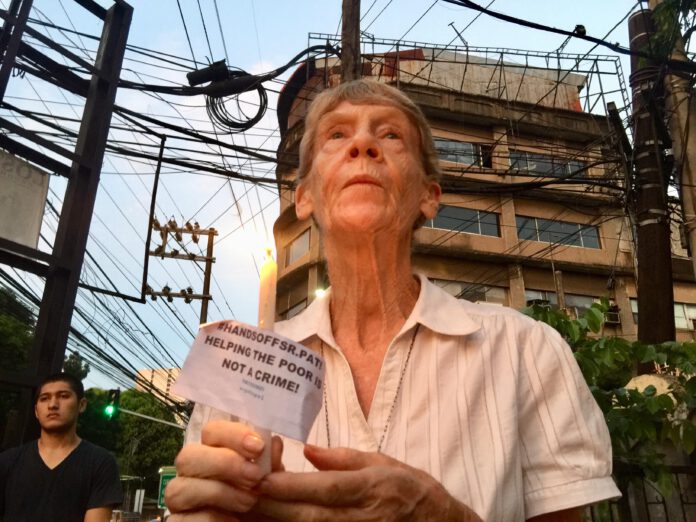 The legal counsel of Sister Patricia Fox reacted to the recent move of the Bureau of Immigration (BI) denying her motion for reconsideration of the April 23, 2018 order downgrading her Missionary Visa into a Temporary Visitor’s Visa and for Fox to leave the country in thirty (30) days from said date.

According to the Sister Fox camp, they will appeal to the Department of Justice (DOJ) and expect the BI to observe her right to due process.

“While she had already expected that the Bureau of Immigration will deny her Motion for Reconsideration, she was still hoping that the Commissioners would be enlightened that the complaint or report against her that she had engaged in political activities has no factual and legal basis,” said Atty. Jobert Pahilga, counsel for Sister Fox and member of the Sentro Para sa Tunay na Repormang Agraryo.

Pahilga also belied claims of the BI stating that the said Order is final and executory. He said that Sister Pat is not precluded from filing an appeal to the Secretary of Justice.

He cited that under the BI Omnibus Rules of Procedures of 2015, “an Order cancelling one’s Visa becomes effective fifteen days after receipt of such Order, and is tolled by the filing of a Motion for Reconsideration and by the subsequent filing of an appeal.”

Pahilga stressed, “Sister Pat has the right to be accorded due process and equal protection of the law.”

Pahilga also said that Sr. Fox also expects the Bureau of Immigration to follow the rule of law and their own procedure, to not arrest or forcibly deport her, and to give her the opportunity to appeal.

“Sister Fox also finds it necessary to exhaust all available legal remedies to challenge the cancellation of her Missionary Visa, since it has far-reaching implications to other foreigners sojourning in the Philippines, especially those engaged in missionary or solidarity works with the poor, the oppressed and the marginalized,” Pahilga said.

Sister Fox also reiterated that what she did, including her participation in gatherings or assemblies of farmers, indigenous peoples who demand that their rights to land and resources be respected; workers in their demand for humane and just wages, security of tenure, and humane conditions of work, and the like, are not political activities but are simply to help promote and protect the rights of the poor and the needy.

The camp of Sister Fox is also convinced that they are consistent and in accordance with her mission and the charism of the Sister of our Lady of Sion to promote peace, social justice, and human rights.

“These are covered by the constitutional guarantees on freedom of expression and to peaceably assemble to which Sister Fox and other foreigners sojourning in the Philippines, are equally entitled to exercise,” Pahilga said.