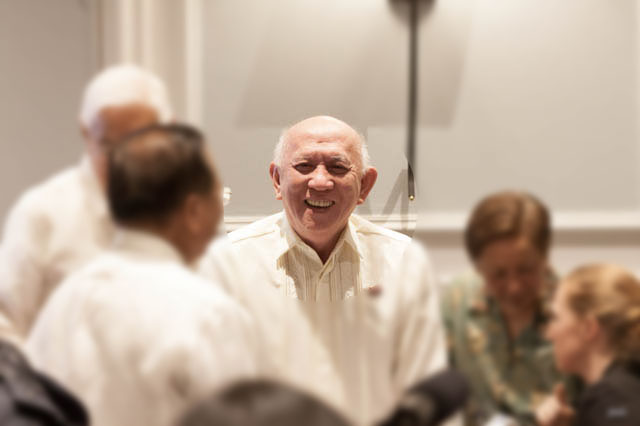 The National Democratic Front of the Philippines (NDFP) announced before midnight on July 23 the passing of Peace Negotiating Panel Chair Fidel Agcaoili.

“The [NDFP] announces with deep sorrow the untimely passing of Ka Fidel V. Agcaoili today, 23 July 2020 at 12:45pm in Utrecht, The Netherlands.” He would have turned 76 on 8 August,” said Communist Party of the Philippines Founding Chairperson Jose Maria Sison in a post.

Agcaoili, known as “Ka Fidel,” became peace panel chair in October 2016 during the peace talks under President Rodrigo Duterte, taking the helm from Luis Jalandoni who then became Senior Adviser. Jalandoni, then 81, said then that has requested to resign his post for 11 years due his advanced age, and changes were effected in 2016.

According to the NDFP, the doctor said the cause of Agcaoili’s death was pulmonary arterial rupture which caused massive internal bleeding. The death was not COVID-19 related.

His remains will be flown to the Philippines in accordance with the wishes of his family.

Agcaoili was a political prisoner during martial law. He remembered to mention when sharing this that he was detained the longest during that period.

Tributes and messages were posted on Agcaoili’s Facebook timeline following the announcement of his death.

This is so hard on many of us. Red Salute to Comrade Fidel Agcaoili! Magpapatuloy kami!