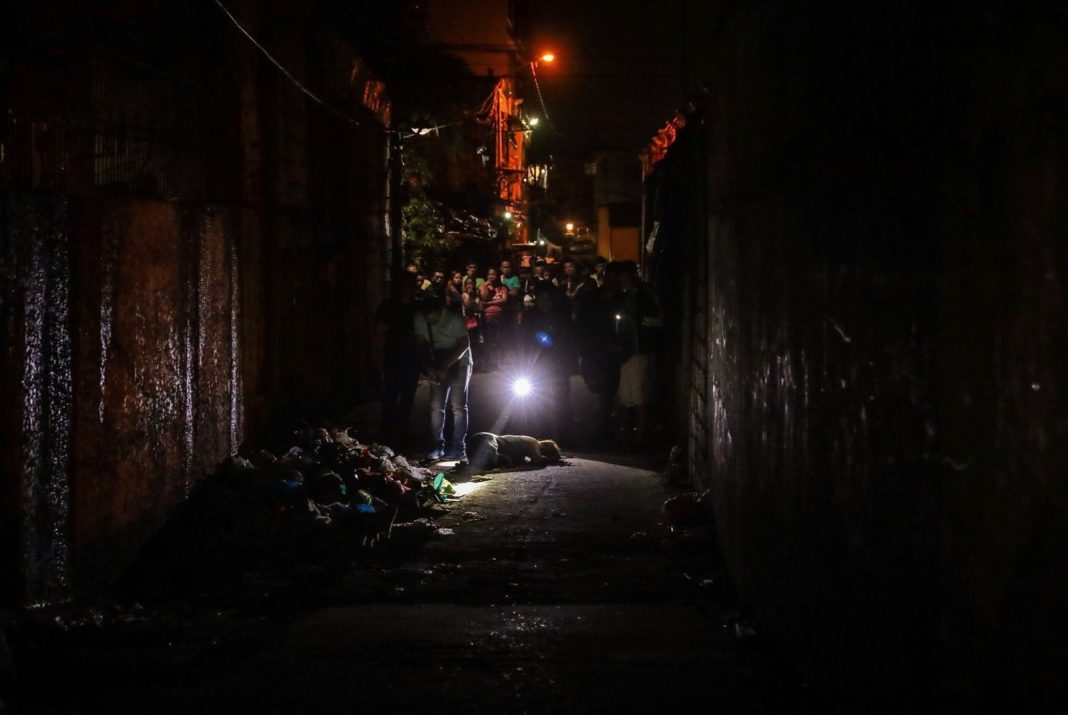 The Philippines first sought to halt the International Criminal Court (ICC) investigation regarding the killings in the “war on drugs” campaign by the then Duterte administration last November 2021; however, Human Rights Watch (HRW) found out that the Philippine government was not at all serious about the probing to account perpetrators.

“Human Rights Watch has monitored the situation and found no compelling evidence that the government was seriously investigating these cases, let alone prosecuting those responsible,” said HRW senior researcher Carlos Conde in a statement.

“In fact, the killings are continuing and impunity for police officers and others implicated in these abuses by all accounts remains intact,” Conde added.

On June 24, ICC prosecutor Karim Khan sought to resume the drug war probe with the conclusion that the deferral request made by the Philippines is not warranted hence the investigation should continue as quickly as possible.

Thru the ambassador in the Netherlands J. Eduardo Malaya, a deferral request was written to Khan in which the ICC then ordered for temporary suspension of the investigation activities.

According to Khan, the Philippines has neither provided any substantial documentation that the investigations are ongoing or complete nor gave further details regarding concrete investigative or prosecutorial steps.

“The Philippines has not asserted that it is investigating any conduct occurring in Davao from 2011 to 2016, any crimes other than murder, any killings outside official police operations, any responsibility of mid- or high-level perpetrators, or any systematic conduct or State policy,” it wrote in the ICC prosecutor statement.

The basis of the ICC probe included not only the killings at the time Rodrigo Duterte sat in power in 2016 but also those that occurred in Davao City between 2011 and 2016 when he and his daughter Sara Duterte governed as mayors. It was in September last year that Khan authorized to investigate the state-perpetrated crimes against humanity due to the drug war.

It is a fact that Philippines exited a signatory state party to the ICC in March 2019. But as per Article 27 of the Rome Statute, criminal proceedings on incidents that took place before the withdrawal are valid. Supreme Court even reinforced a 2021 ruling which ordered the government to cooperate with the ICC probe.

It must be noted that it took almost three months even beating the deadline made by the ICC for the Philippines to comment on Khan’s request as part of due process.

Guevarra yet again argued that ICC has no jurisdiction over the situation in the Philippines, stating that the investigation is inadmissible under Article 17 of the Rome Statute.

“The Philippine government emphasized that the complaints filed before the ICC are already being investigated and prosecuted by the proper agencies and that the State is neither unwilling nor unable to carry out these domestic proceedings,” said Guevarra, adding that a report on the progress of such domestic investigations was included in the submission.

Meanwhile, this was taunted by several rights and said it was not enough.

“The Philippine government’s denial of the ICC request to resume probe on former Pres. Duterte’s drug war and killings in Davao will only worsen the climate of impunity for serious human rights violations in the country, further deny justice to victims of extrajudicial killings and will not promote international justice,” said Council for People’s Development & Governance spokesperson Liza Maza.

No real political commitment of the PH govt

“Because of the failure of the Marcos Jr. to say anything about human rights in his first state of the nation address. I think we should really recognize that he’s deliberately going to ignore this issue and therefore continue broadly the policies happened under president Duterte as well in his campaign of war on drugs,” said International Coalition for Human Rights in the Philippines (ICHRP) chair Peter Murphy.

Data report by Philippine Drug Enforcement Agency last May had only accounted 6,248 suspects died during 236,620 anti-illegal drug operations in the six-year administration of Duterte.

ICHRP and HRW berated the said data, saying that the reality of such numbers was grossly far from the cases at around 25,000 to 30,000 victims.

It was also a huge setback from such “submissions” the Philippine government is pertaining when in fact the Department of Justice and National Bureau of Investigations only reported at least 52 and another 250 cases being reviewed out of the thousands executed in the drug war bloodbath.

“You have situations where the police go in and warn someone that they’re on a list connected to drug trafficking and then the next day or two vigilantes go and kill that person. This is not a coincidence. This is something where there is a connection between the police and this kind of vigilantes,” said HRW Asia Deputy Director Phil Robertson.

Robertson furthered that because the cases were vigilantes, there had been no political commitment under the administration since Duterte up until now with Marcos Jr. He also added that even if Duterte is out of power, he still maintained a lot of influence within the current administration especially having his daughter Sara Duterte seated in the vice presidential post alongside Marcos Jr.

“They’re just hoping that over a period of time that the international community will forget about this. And quite clearly, the ICC is not going to forget, and they are to proceed forward with their investigation. And ultimately there will be a price to pay,” he noted.

“How can we have any belief in the rule of law in a country when an elected senator is held in detention for years simply for criticizing the government? That there are far more than 800 political prisoners in the country where activists are tagged as terrorists?” mused Murphy.

According to ICHRP chair, there must be an establishment of an independent commission other than the human rights commission which would recommend appointments to the different panels of judges, especially to the Supreme Court.

“There are so many fabricated charges and planted evidence as though it has been a habit of the Philippine government as it is notorious. People are being imprisoned for political beliefs, some are very frail, elderly, and ill, they are really being tortured by being held in these detentions,” Murphy added.

He also called on for the resumption of peace talks with the National Democratic Front, saying that it is very rational that this would best help the country to address genuine socio-economic reforms at the expense of human rights situation.

“If you want to restore the rule of law properly in the Philippines, this should lead to the commencement of peace talks. It’s been running since 1992 but really since 1986, it’s a big agenda that Marcos Jr. should prioritize,” Murphy noted.