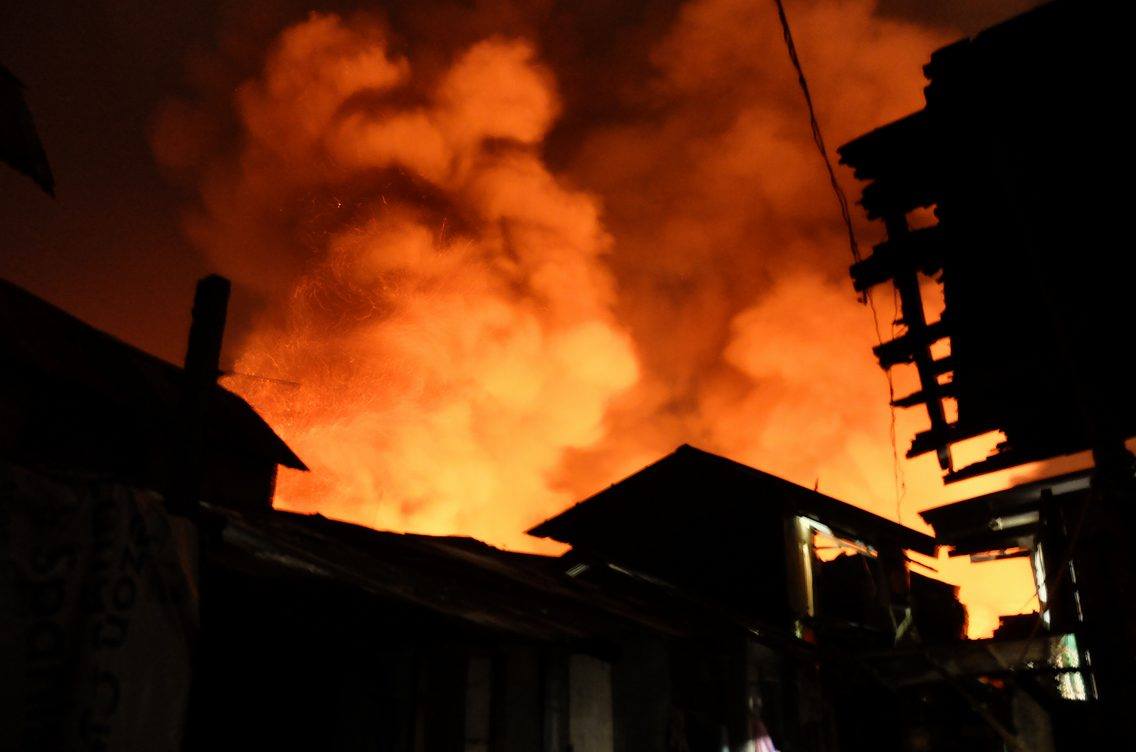 At around 4:00 PM, fire broke out in Hernandez compound in Brgy. Catmon. As of 9:40 the fire has reached Task Force Bravo. Under Task Force Bravo, around 27 fire trucks are needed to be deployed in the area.

Cause of the fire is still unknown.

The communities affected in Brgy. Catmon are People’s Village, Gozon and Hernandez.

Brgy. Catmon has an estimated 36,000 residents, the fourth third largest barangay in Malabon.

Rechel Bañola, Gabriela organizer in Malabon appealed for help for the affected residents.