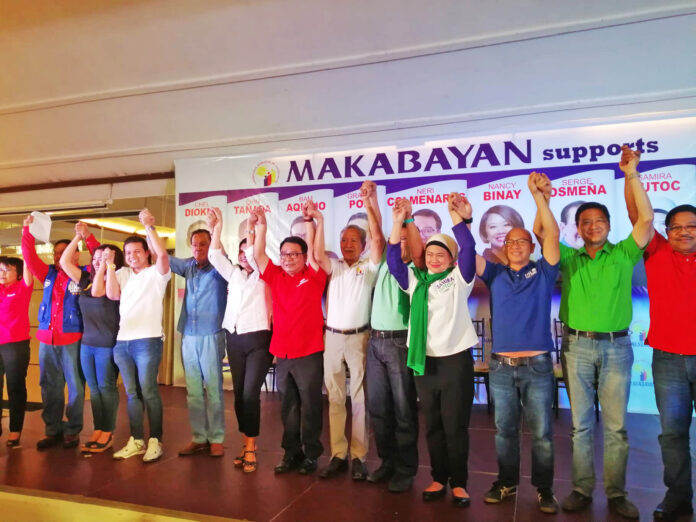 The Makabayang Koalisyon ng Mamamayan (MAKABAYAN) officially endorsed its bets for the upcoming 2019 midterm polls in its proclamation rally held at the Quezon City Sports Club on Sunday morning, March 3.

Makabayan president Satur Ocampo manifested the importance of championing the senatoriables that would not be afraid to push for a pro-people Senate.

“In these times of escalating efforts to stifle dissent and a rising threat of dictatorship, where impunity reigns and the  system of checks and balances among the Executive, Judiciary and Legislative branches of government is in peril, we need an independent Senate.

The upcoming elections gives us the opportunity to elect to the Senate men and women of proven competence and integrity who can assert the Senate’s independence and push for laws that favor our people. Candidates who have a proven track record of public service and a fighting chance to win.” Makabayan said in their statement.

[“The administration is strong, but this is what we have to say: the people are asking beyond political parties, beyond promises. (They are) looking at the track records and position of the candidates on various issues. This is why independent candidates have a big chance. The administration cannot answer the questions and issues of the people.”]