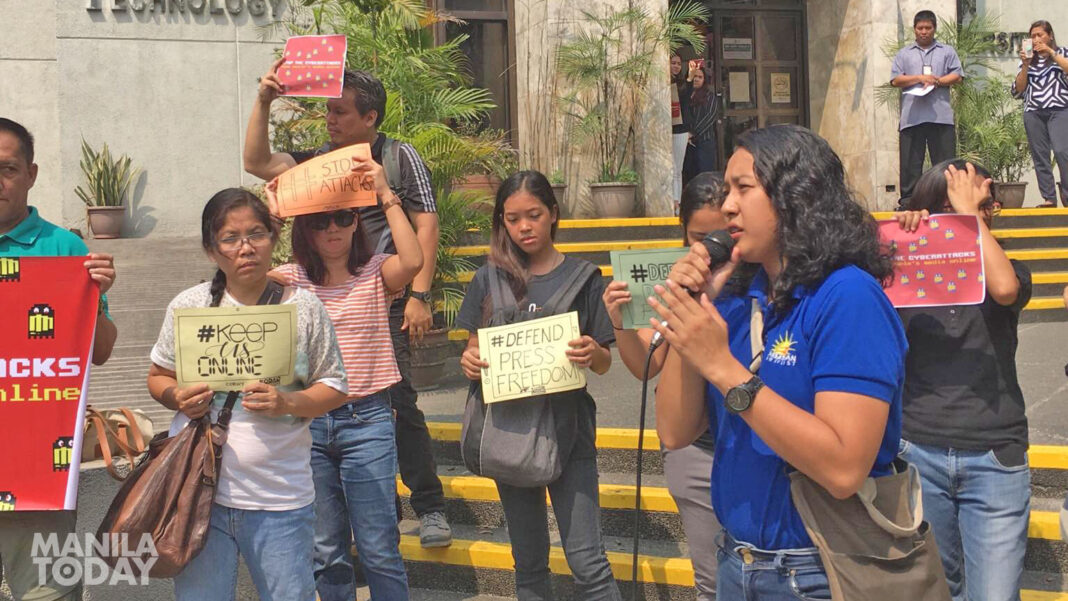 Alternative media groups held a picket protest in front of the National Computer Emergency Response Team office of the Department of Information and Communications Technology at C.P. Garcia in Quezon City this morning.

The groups decried the agency’s inaction amid cyber attacks they have experienced since December of last year.

Some independent media site such as Bulatlat have suffered severe distributed denial of service attacks that shut down their website for days up in several weeks.

The protest was held in conjunction with the World Day Against Cyber Censorship.

The groups also called for a social media rally at 7-8pm today and will use the hashtags: