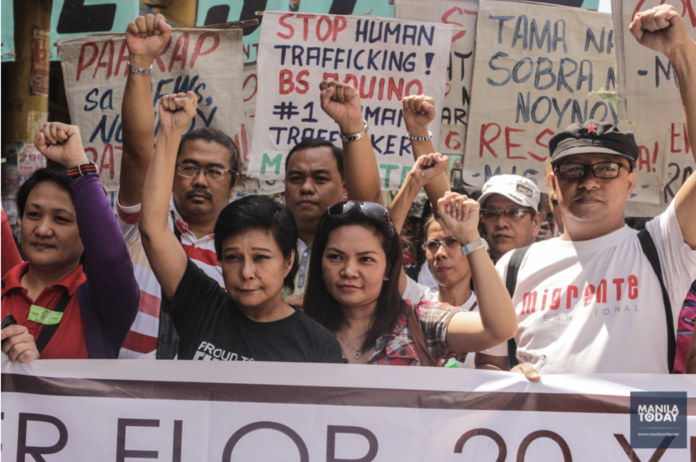 “Twenty years after her death, we continue to bear witness to the lives and struggles of thousands and thousands of Flor Contemplacions,” Migrante said in a statement.

Twenty years after progressive groups marched to commemorate her death. They slammed the Aquino administration for continuing the tradition of “forced migration and modern day slavery.”

Nora Aunor, who played Flor Contemplacion in the 1995 film, joined the rally and has been vocally calling for Aquino’s resignation. 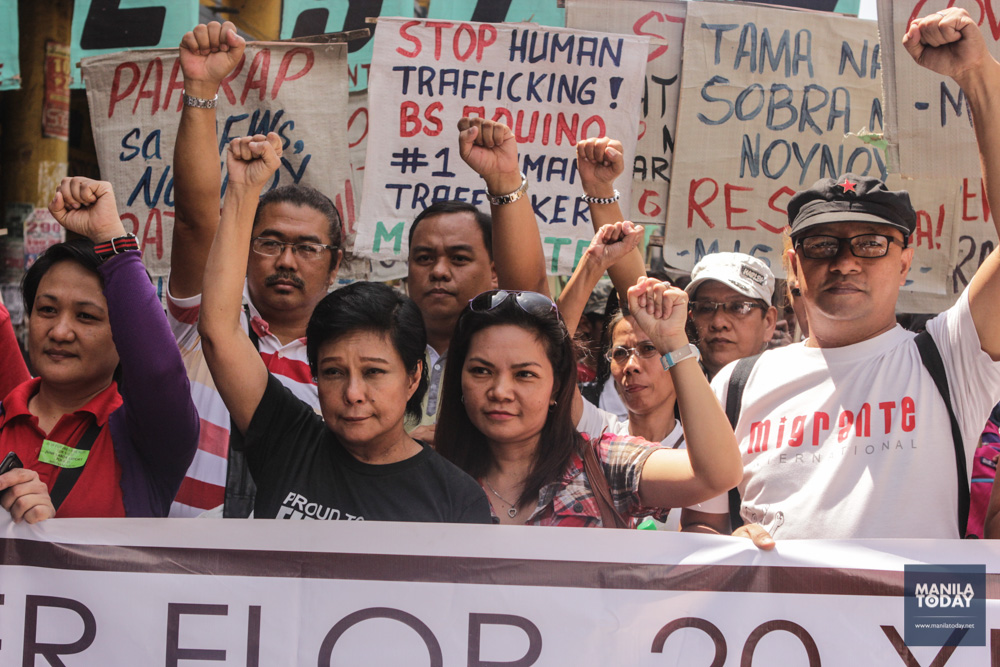 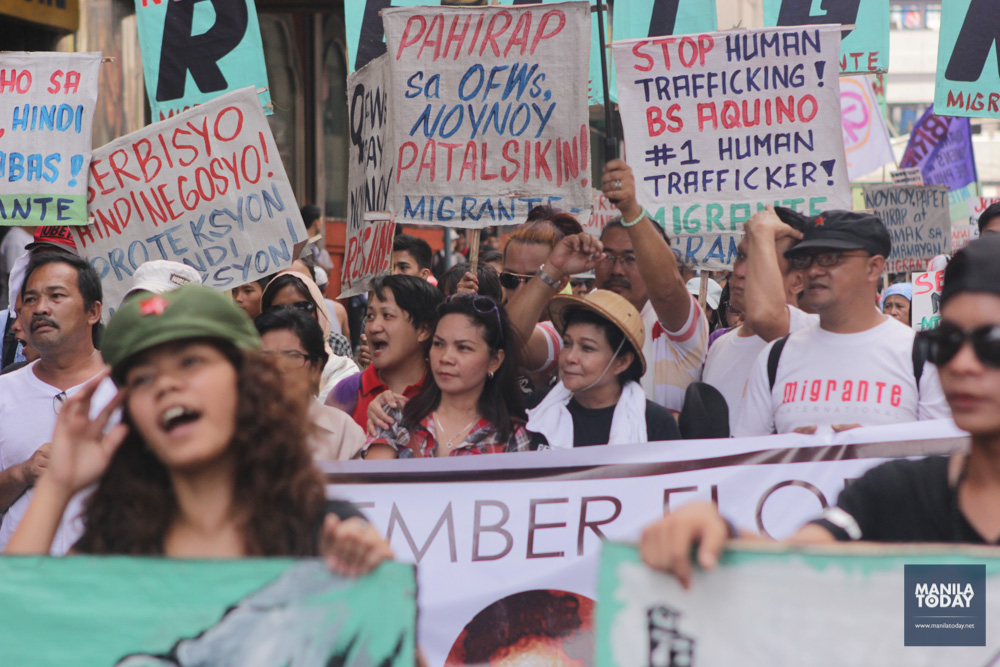