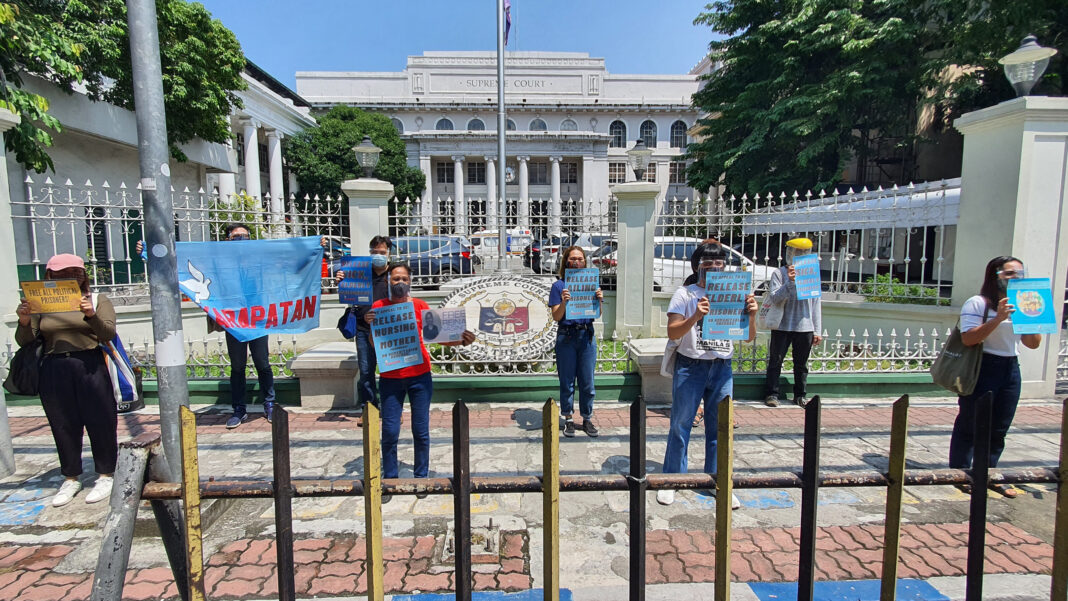 On September 7, Karapatan Metro Manila along with other human rights advocates trooped to the Supreme Court to follow up their five-month old urgent petition for releasing political prisoners on humanitarian grounds.

[Why should my daughter continue to suffer. My grandchild seeks her mother. When I put her to my chest, I feel she seeks for her mother.]

Nasino was among the 22 political prisoners who filed the said petition last April 8 which has yet to be decided by the court. She and her two-month old baby River had been separated for almost a month following the separation order issued by the Manila City Jail (MCJ) Female Dormitory.

[It is such a heavy feeling for a mother to be separated from her child.]

“The State must be held accountable for the fabricated charges that were used against at-risk detainees,” urged KAPATID in their press statement.

KAPATID is a support group for families and friends of political prisoners.

“As COVID-19 cases continue to skyrocket due to the miserable response management and lack of prioritization of the health care system, cases of COVID-19 infection among inmates and jail personnel have been reported in various detention centers nationwide,” the group added.

KAPATID spokesperson Fides Lim then slammed the government for placing the lives of prisoners at great risk and depriving them of their liberties on the basis of trumped-up charges.

Moreover, the group planned to return to the Supreme Court on September 8 during the tribunal’s weekly en banc session, to further amplify the long-pending petition for the humanitarian release of vulnerable prisoners, especially the elderly and the sick.