Home NEWS ‘Dismissal order being tantamount to acquittal is final and executory’ – Salem’s... 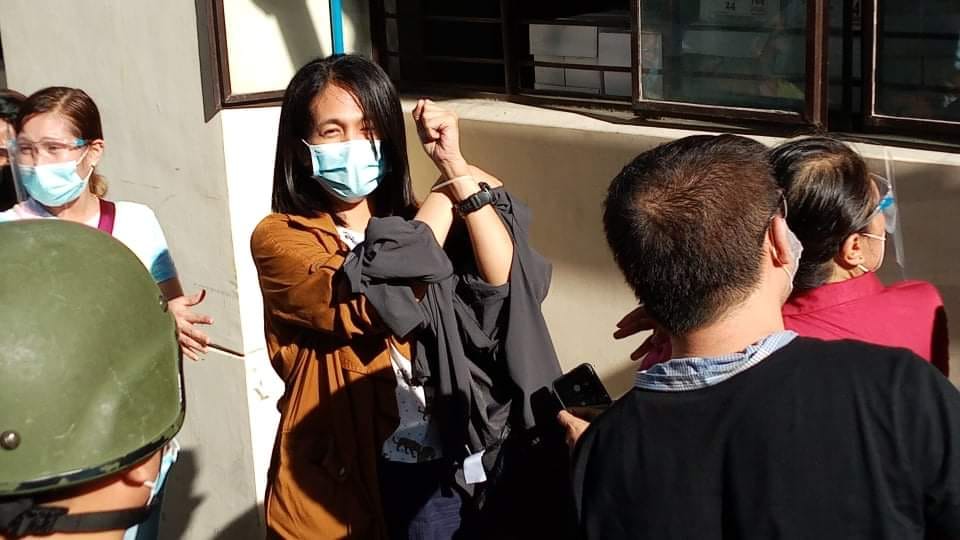 The prosecutor aired its opposition a day after the filed Urgent Motion for Release by the Public Interest Law Center, the legal defense of Manila Today editor Lady Ann Salem, last February 8.

It alleged the court for prematurity of enforcement; thus, commenting on the filed urgent motion for “lack of utter merit”.

The defense, on the other hand, contested that the dismissal of the cases “is one tantamount to an acquittal.”

It must be noted that the Mandaluyong Regional Trial Court (RTC) of Branch 209 issued the dismissal order upon thorough investigation with respect to the filed Joint Omnibus Motion seeking for the quashal of search warrants and suppression of seized evidences.

To wit, the Mandaluyong RTC found “numerous inconsistencies and contradictions” among the testimonies narrated by the witnessing law enforcers. The court furthered that there were “not enough facts and circumstances ‘which could lead a reasonably discreet and prudent man to believe that an offense has been committed and that the objects sought in connection with the offense are in the place sought to be searched.’”

Moreover, it should be emphasized that the search warrants issued by controversial Judge Cecilyn Burgos-Villavert were nullified and voided as ordered by the Mandaluyong RTC through Judge Monique Quisumbing-Ignacio. Therefore, such seized evidences are inadmissible for any purpose in the proceeding.

In this regard, the legal defense asserted that the decision of the judge is “evidentiary ruling and not just interlocutory”.

PILC further argued that the dismissal operates as an acquittal for “it is a judgment based on evidence, and on the merits of the case, and thus final and unappealable.”

PILC deemed that the dismissal of the cases confirming the innocence of the accused further places them within the ambit of the rule on double jeopardy.

Furthermore, according to PILC, “the appeal by the prosecution in the criminal case is not available if the defendant would be placed in double jeopardy” as it will open the Lady Ann’s case again to trial, to a reconsideration of facts and evidence when in fact there has been an evidentiary ruling.

According to Section 21 under the Bill of Rights, it provides that:

“No person shall be put twice in jeopardy of punishment for the same offense. If an act is punished by a law and an ordinance, conviction, or acquittal under either shall constitute a bar to another prosecution for the same act.”