Home NEWS Breaking records: another record-high COVID-19 cases in one day at 6,958 on... 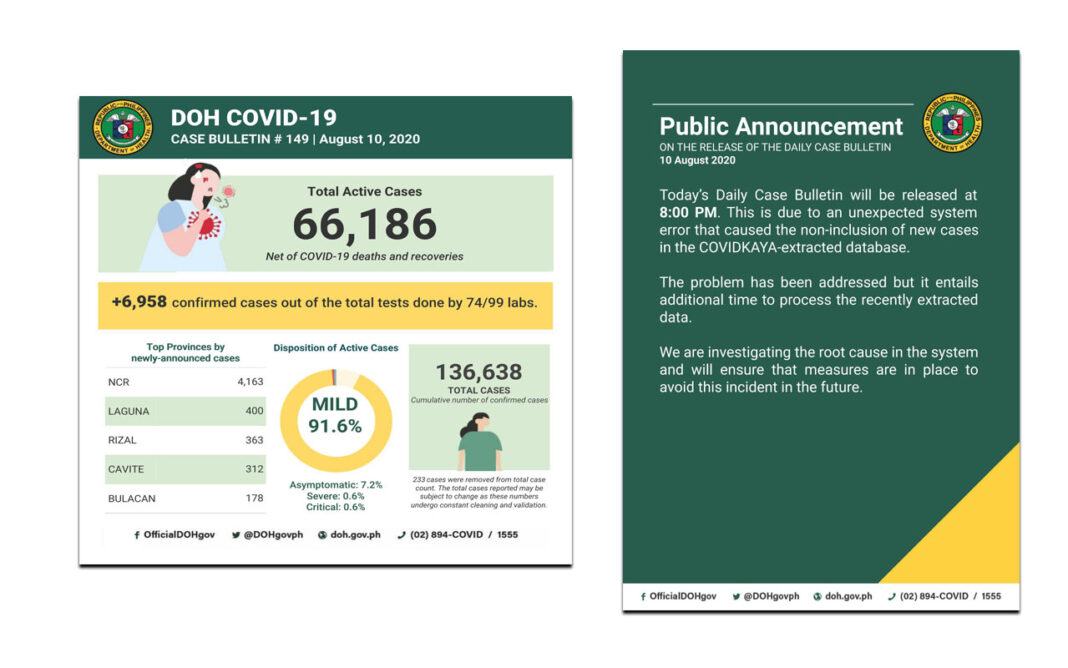 After one week of the re-imposed modified enhanced community quarantine (MECQ) in Metro Manila, and provinces Cavite, Laguna, Rizal and Bulacan that shares boundaries with NCR, the Department of Health (DOH) posted another record-high cases in a day, with 6,958.

The confirmed cases came from 74 of the 99 labs in the country.

The report came out four hours than the usual 4pm daily posting of the Health agency, as late postings of new cases have been observed when the number of cases spikes.

Individuals who tested positive have reached 171,413. There is a difference of 34,775 between those who have tested positive and the confirmed cases DOH reported as the official number of cases. The 34,775 have yet to undergo validation and deduplication.