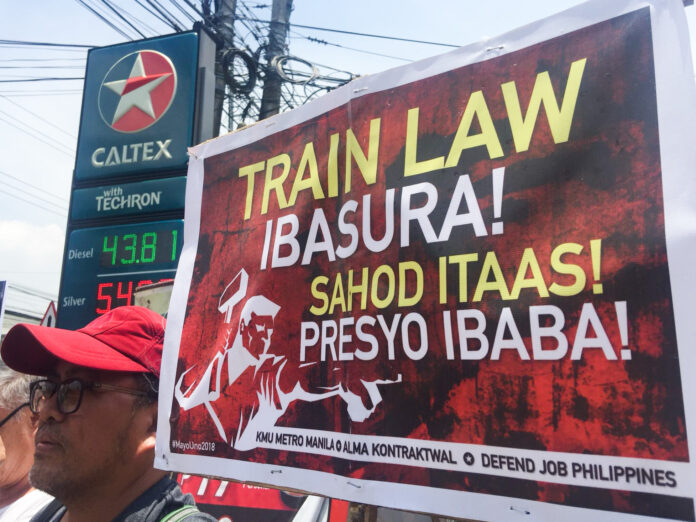 This has been the reaction of militant labor group, Kilusang Mayo Uno – Metro Manila to the statement of Presidential spokesperson, Harry Roque over the solutions being seen by the Palace to mitigate the effects of rising prices of basic commodities and services due to the Tax Reform for Acceleration and Inclusion (TRAIN) Law.

Roque said on Saturday that President Duterte has issued “three marching orders” to somehow ease the effects of TRAIN Law on surging prices.

Among the orders and solutions being seen by the Palace were to convene the wage boards and for the Labor Department to determine the need of a wage increase; for the Department of Trade and Industry to monitor prices and arrest traders who are taking advantage of the rise on oil prices; and for the Energy Department to look for cheaper sources of petroleum products.

KMU Metro Manila tells Roque and President Duterte to stop offering patch-up and cosmetic solutions to the problem of high prices due to the TRAIN Law and other anti-people taxation measures of the government.

They said that the only thing Duterte can do is to listen to the long-drawn demands of the Filipino workers and people for wage increase as an immediate solution in the light of the massive price hikes, scrapping of all anti-people policies and regressive taxations being perpetually imposed by the government and nationalize our oil industry. 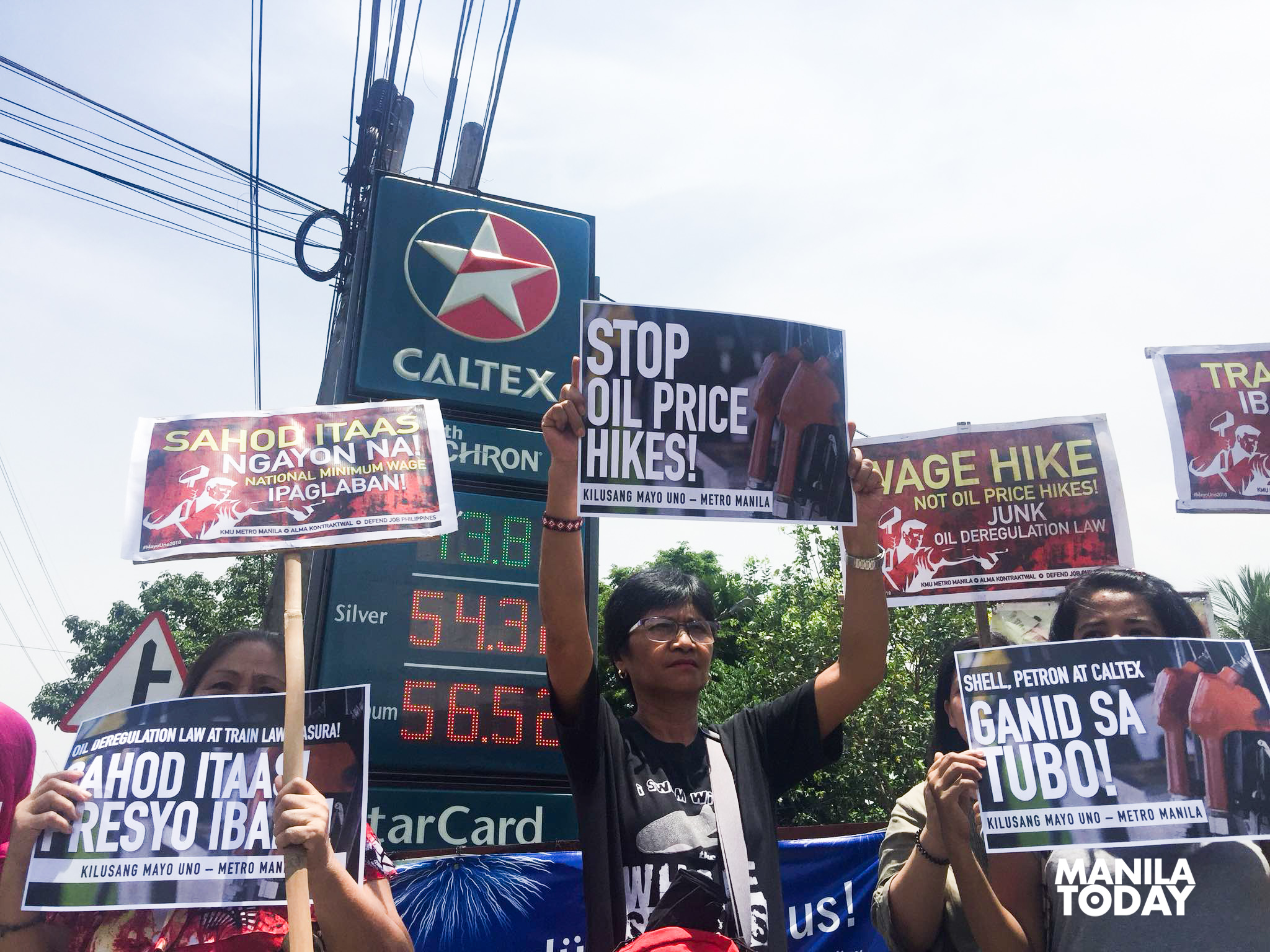 The group further announced that they are set to hold a “Triple Whammy” protest this week to show the Duterte administration the real solutions in lowering prices of basic commodities and services as well as to offer immediate relief to the already burdened shoulders of Filipino workers.

The group said that they will be hopping the offices of the big oil companies, DTI and the Employers Confederation of the Philippines (ECOP), all in Makati City this week to hold series of protests and slam the said institutions for their contributions to the problems of high prices and low wages for workers.

“In the Triple Whammy protest this week, we will be calling for the DTI to immediately junk the TRAIN Law, Oil Deregulation Law and Value Added Tax which primarily cause the rising prices of oil and petroleum products as well as other basic commodities and services,” said Ed Cubelo, KMU Metro Manila chairperson.

“We will also be staging a rally in front of the ECOP office as they were the main reason why salaries of our working people remain low for they are main to block all wage increase proposals. In the upcoming protest this week, we will be reiterating our call for wage increase and not price increases, as well as for the abolition of the regional wage boards.”