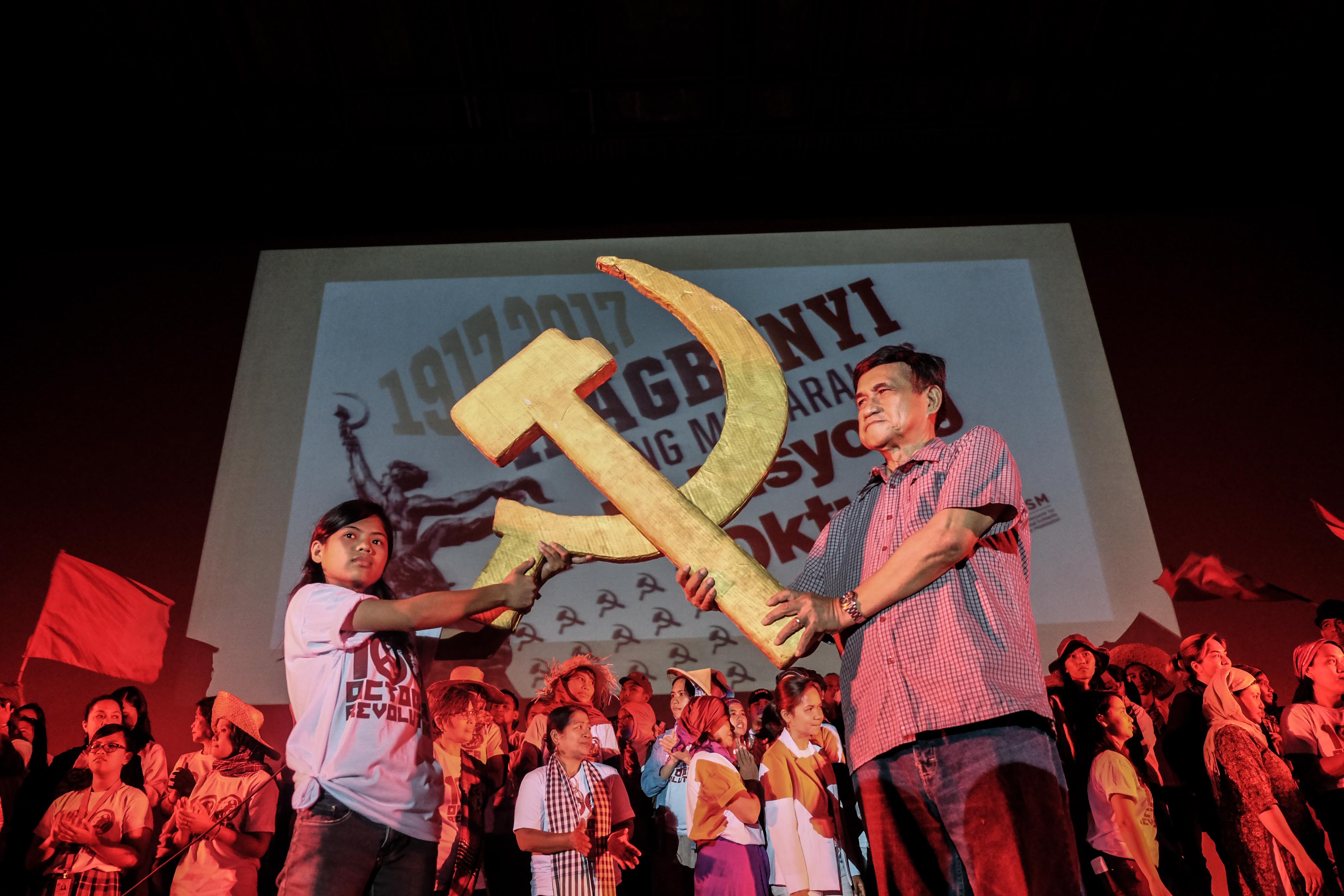 Reyes said that after Russia’s establishment of a socialist state saw the power of the people, the workers and peasant who ran the government.

“Sila ang may political power, sila ang humawak ng means of production, sila ang nagpapatakbo ng ekonomiya. Binabasag diyan ang ideya na ang burgis lang, mga panginoong maylupa lang ang pwedeng humawak ng kapangyarihan at nagawa nila itong pagsilbihin sa interes ng nakararami at hindi ng iilan (They had the political power, they hold the means of production, they run the economy. This broke the idea that only the bourgeois and landlords can hold the power and they were able to serve the interest of the majority and not only a small group),” added Reyes.

On February 1917, Russia’s Tsar (the monarch in Russia) was overthrown by a revolution and replaced it with a Kerensky-led Provisional Government dominated by Liberal and Social Revolutionaries. Several months after, on October 25, 1917, Bolshevik armed forces stormed the Winter Palace in Saint Petersburg and seized other building of the bourgeois state ending the Provisional Government and installing Soviet power.

The Soviets are revolutionary councils of workers in Russia.

In the keynote address by ILPS Chairperson and Communist Party of the Philippines (CPP) founding chairperson Prof. Jose Maria Sison via a recorded video, he emphasized the importance of the October Revolution in the world.

“The Great October Socialist Revolution has come to signify all the great revolutionary achievements of the Bolshevik Party of [Vladimir] Lenin and [Joseph] Stalin in socialist revolution and construction,” said Prof. Sison.

He asserted that it [October Revolution] verified the revolutionary principle that proletarian class dictatorship is a requisite for defeating the bourgeoisie and guaranteeing the socialist revolution, overcoming civil war and foreign military intervention, reviving the economy through transition measures, building socialist economy, developing the educational and cultural system of the working class, promoting the international communist movement, fighting and defeating fascism and further pursuing socialist revolution and construction in the face of the threats of US imperialism after World War II.

“The great achievements in socialist revolution and construction have the force of example in inspiring the oppressed and exploited masses to fight for a bright and better world in socialism,” said Prof. Sison.

In a message read by National Democratic Front of the Philippines (NDFP) consultant Adelberto Silva, NDFP peace panel and consultant Benito and Wilma Tiamzon emphasized that the October Revolution has guided the Filipino proletariat in launching their own struggle.

Agatha Hazel Rabino - Jul 10, 2020
0
ABS-CBN network employees and its celebrities have been joining the call to #VoteYestoABSCBN franchise since it was made known that the vote on the...

AN ASSAULT TO THE PEOPLE’S RIGHT TO KNOW