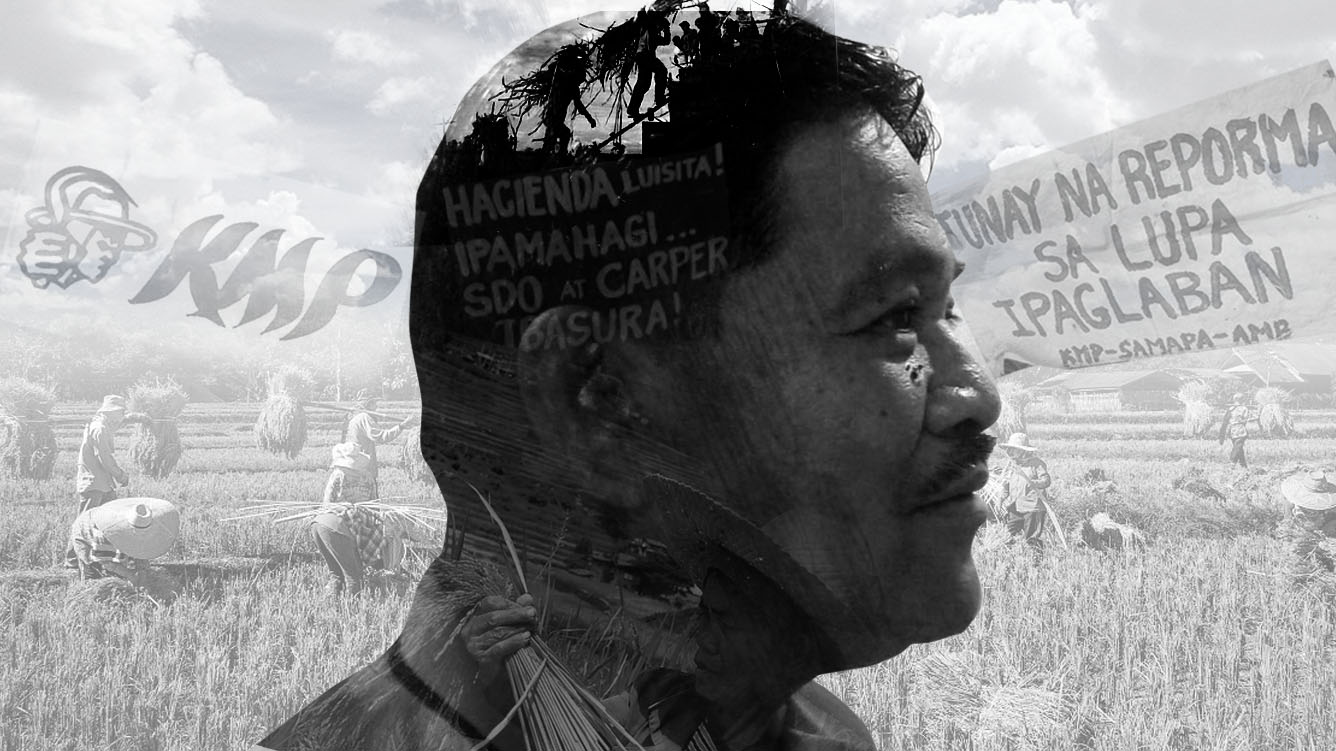 “Simple living, painstaking struggle,” this is how incoming Agrarian Reform Secretary Rafael “Ka Paeng” Mariano, described how he lived for the past 30 years before being selected by incoming President Rodrigo Duterte as head of the Agrarian Reform government agency. The incoming Secretary is a farmer, peasant leader and former legislator representing Anakpawis Party-list.

The Department of Agrarian Reform (DAR) Secretary can issue orders, rules and regulations and other issuances to ensure the implementation of DAR’s mandate. The Department’s authority includes acquiring private agricultural lands and administer cultivable public domain for distribution to qualified farmers; issue emancipation patents to farmer beneficiaries; facilitate the compensation of landowners covered by the agrarian reform program; and approve or disapprove land conversion of agricultural lands into non-agricultural uses. The DAR Secretary is considered as the President’s alter-ego in the Agrarian Reform agency.

Ka Paeng, as friends, comrades, colleagues fondly call the peasant leader, hails from a poor farming family in Quezon, Nueva Ecija. His family plants palay in a two-hectare land inside Rafael Escueda’s hacienda that was subjected to land reform under President Ferdinand Marcos’ Presidential Decree No. 27. Ironically, they still do not own the land they till due to failure to pay the amortization.

The 59-year old peasant leader recounted in an interview that his activism came from the worsening condition of his family and fellow farmers inside the hacienda.

“Our share with the landlord during harvest was 50-50 minus the expenses during planting season. But, we have no regular harvest. Our palay would be flooded during rainy seasons. During summer, there’s no water from the irrigation because we are at the end of the canal. At times when we can’t plant palay and when we don’t need that much water, the irrigation would flood our vegetables,” Ka Paeng narrated.

While studying BS Agricultural Cooperative in Wesleyan University in Cabanatuan City, Ka Paeng’s father Narciso got sick for which he dropped out of college and took up the responsibility of working in their farm. He joined a local youth organization, Bisig ng Kabataan, in their village and eventually became active in organizing his fellow farmers. He was elected as Vice Chairman of the Alyansang Magbubukid ng Gitnang Luzon, a regional peasant alliance in Central Luzon.

The first protest he joined called for the lowering of prices of fertilizer and pesticides in at the Ministry of Agriculture in December 1981.

Ka Paeng was Secretary General of Kilusang Magbubukid ng Pilipinas (KMP) in 1987, the same year when a 20,000-strong delegation of farmers gathered in Manila to demand for genuine agrarian reform that was promised by Corazon Aquino when she was sworn in as President during the People Power uprising. Government forces open fired at the protesters when they reached Mendiola bridge near the Malacañang Palace killing 13 farmers. An event that now we call Mendiola massacre. 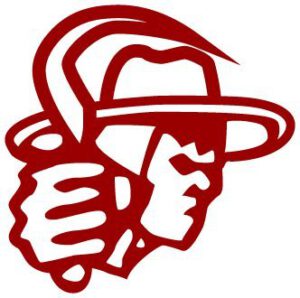 He faced another major struggle in 1998 when other members of KMP’s national leadership insisted on a different class analysis equating merchants and usurer to landlords as the peasant’s primary enemy. He asserted that big landlords are the peasants’ primary enemy and landlessness is the Philippines’ fundamental problem. He said that class analysis and identifying the fundamental problems of farmers should be clear to ensure the right direction of the peasant movement

Regional chapters of KMP had the same assertion as Ka Paeng. Eventually, other members of KMP’s national leadership was kicked out due to collaboration with the government and pushing for programs inimical to peasants’ interests.

According to Ka Paeng, these two major struggles in KMP strengthened his resolve to firmly hold on to his principles: to trust the masses by primarily relying on their strength brought by their collective and militant action.

The peasant leader’s contentions were affirmed when Corazon “Cory” Cojuangco-Aquino’s Comprehensive Agrarian Reform Program (CARP), which was implemented in 1988, failed to address the country’s agrarian reform problem given its loopholes that favor big landowners. Hacienda Luisita, which is controlled by Cojuangco-Aquino’s family, was covered by the agrarian reform program but farmworkers were tricked into opting for Stock Distribution Option (SDO) under CARP which retained the control of the Cojuangcos of the more than 6,500-hectare land.

At present, Ka Paeng is the Chairperson of KMP. He is also the President of Anakpawis Party-list.

After the successful run of Bayan Muna Partylist in the 2001 elections, Anakpawis Partylist was formed in 2002 to represent workers and peasants inside the Philippine government. In the 2004 elections, Anakpawis won two seats and Ka Paeng became the first ever farmer-turned-legislator. The other representative was labor leader Crispin “Ka Bel” Beltran.

In Congress, he pushed for the passage of the Genuine Agrarian Reform Bill (GARB) that aims to distribute land for free to farmer beneficiaries and provide adequate agricultural assistance. He authored and co-authored at total of 377 bills and 966 resolutions during his three-term stint in Congress.

In the 16th Congress, GARB or House Bill No. 252 reached the committee-level hearings. The bill would be refiled in the next Congress.

He co-chaired the Agrarian Reform, Agriculture, and Food committees and became a member of several committees in the House of Representatives.

According to Ka Paeng, during his stint as a legislator, he affirmed the anti-peasant nature of Congress.

He recounted that the CARP extension with reform bill was railroaded in 2009 by the landlord-dominated House of Representatives.

As his term ended in 2013, he remained the poorest Congressman without any record of corruption within his nine years of service.

As KMP’s Chairperson, Ka Paeng is tasked with representing the peasant organization in activities and in the media.

Ka Paeng’s day starts with preparing his own coffee and breakfast while reading important documents or readings. When he arrives at the KMP national office, he would read the newspaper and listen to the radio or watch the news. Usually he would attend meetings or forums where he is invited to talk. If there are protests actions, he would attend them to represent KMP and speak during the program. If there are no activities outside the office, he would actively seek the media so the people can hear or read about his organization’s stand or clarifications on certain issues. Before going home in the evening, he would watch the news since he has no radio or TV in his house. His day never ends without him reading anything or discussing issues with the media or people.

Part of his tasks as KMP Chairperson is to visit peasant communities and KMP chapters all over the country for consultations and discussions. He shared that he listens carefully to what his fellow farmers have to say. He said that these discussions are his most important and lively activities.

Ka Paeng does his own laundry and irons out his barong even when he was still in Congress. He commutes everyday and maintains a simple and modest lifestyle. 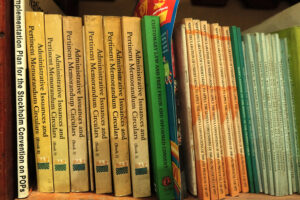 Ka Paeng is very articulate when it comes to agrarian laws and cases. In an interview, he mentioned that he persevered in reading all the case files of Hacienda Luisita, Hacienda Looc, Hacienda Roxas, Araneta Estates and many more including important court decisions; laws and Supreme Court decisions about agrarian reform since Commonwealth up to present; and memorandum circulars issued by the Department of Agrarian Reform (DAR).

During the interview, he showed all the books on the ‘Administrative Issuances and Pertinent Memorandum Circulars’ published by DAR and shared that he has read all of it. He said that he saw the need to review these books as the incoming DAR Secretary. 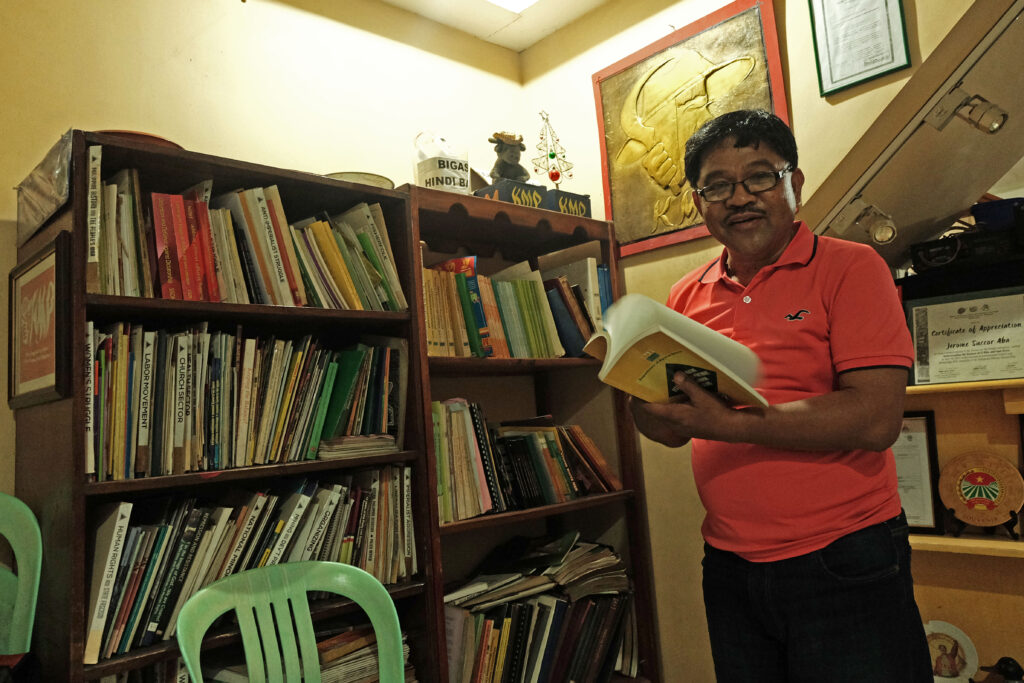 One striking trait of Ka Paeng is his sharp memory of statistics and numbers. He can recite from memory the number of land reform beneficiaries, how many of them have failed to pay amortization, how many hectares have been reportedly distributed and how many needs to be distributed. He can also remember all the House Bills they filed in Congress and Republic Acts and Presidential Decrees about agrarian reform and agriculture.

When asked how he developed his sharpness in statistics, he said he is not good in mathematics but his years in the peasant movement required him to translate statistics into simple terms to make them easier to understand by his fellow farmers.

On his first day as DAR Secretary, Ka Paeng shared that his first order of business is to direct an inventory of all the land acquisitions to know the state of awarded lands all over the country, and this to ensure that farmer beneficiaries are secured in their awarded lands. He also wants to immediately review the ‘tambyolo’ land reform implemented by DAR in Hacienda Luisita that is controlled by the Cojuangcos. 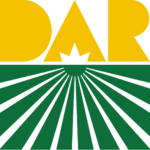 In the absence of an Agrarian Reform Program for almost two years now, DAR cannot issue new Certificates of Land Ownership Awards (CLOAs) and Emancipation Patents (EPs) to farmer beneficiaries. Many CLOAs and EPs have been reportedly cancelled due to exemption and land use conversion. Congress failed to extend CARP with Extension and Reforms (CARPER) in 2014, leaving the country with fundamentally no land reform program for two years under the presidency of Benigno Aquino, son of Cory and criticized as “Haciendero president.”

Ka Paeng said that his advocacy for a Genuine Agrarian Reform Law would continue and he would support the refiling of the bill in the next Congress.

He also added that he would respect the rights of DAR employees and would support the DAR employees’ association’s Collective Negotiation Agreement (CNA) with the DAR management.

Ka Paeng sees his appointment to DAR as advantageous to the peace negotiations between the Government of the Republic of the Philippines (GPH) and the National Democratic Front of the Philippines (NDFP). As DAR Secretary, he would be consulted by the GPH in drafting its version of the Comprehensive Agreement on Socio-Economic Reforms (CASER). Agrarian reform is one of the most important economic issues in the agreement. The socio-economic reforms are the next agenda in the talks.

But the peasant leader reiterated that the peasant movement should not be complacent even if he would be the DAR Secretary.

“Still, it is important for the Filipino peasantry to mainly rely on their organized strength and collective actions in asserting their rights to the land,” he said.

He said that with this kind of atmosphere, there would be a healthy relationship between the farmers and DAR officials and employees.

Ka Paeng said there were no conditions when he was selected as DAR Secretary. He added that President-elect Rodrigo Duterte expects all his Cabinet members to do their job well. Either way, there would be no compromises when it comes to his principles and the interest of the masses.

The DAR post is a big challenge and a new battlefield for the Philippine Left according to the incoming Secretary. It is a challenge to prove that people from Left or National Democratic Movement can run a government that truly serves the interest of the people.

“It is my unwavering commitment to fulfill my part in the realization of the desire and aspiration of the landless Filipino peasants to emancipate themselves from the bondage of the soil they till through genuine agrarian reform,” Ka Paeng pledged.