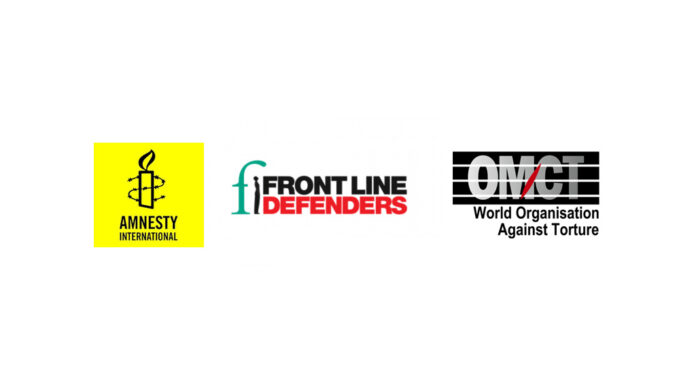 International human rights groups Amnesty International (AI), Front Line Defenders (FLD), and the World Organization against Torture (OMCT) expressed their condemnation of the recent killings of human rights defenders in the Philippines, days before the commemoration of International Human Rights Day on December 10.

“Amnesty International is alarmed by the rising killings of human rights defenders and political activists in the Philippines. In recent weeks, a growing number of activists, community and religious leaders have been fatally shot by unknown gunmen. Fatalities include long term activists Elisa Badayos, Eleuterio Moises, and religious leader Marcelito ‘Tito’ Paez in Nueva Ecija, Luzon,” AI said in a statement on December 6.

AI called for the “prompt, independent, impartial and effective investigation” into the killings of the activists, and “for those responsible, including those with command responsibility, to be held to account in fair trials.”

Front Line Defenders, an international non-government organization based in Dublin, Ireland, strongly condemned the killing of Badayos and Moises. They also called on the Philippine government to “guarantee, in all circumstances, that all human rights defenders in the Philippines, are able to carry out their legitimate human rights activities without fear of reprisals and free of all restrictions.”

Geneva-based World Organization Against Torture (OMCT) in their statement called on the Philippines government to provide adequate reparation and compensation to the relatives of Badayos and Moises, and to “put an end to all acts of harassment and intimidation against all human rights defenders in the Philippines.”

On November 28, Karapatan coordinator Badayos and Moises, a member of local peasant organization Mantapi Ebwan Farmers Association, were gunned down by unidentified persons on motorcycles at Brgy. San Ramon, Bayawan, Negros Oriental. They were proclaimed dead-on-arrival at the hospital. A youth activist from Kabataan Partylist, Carmen Matarlo, was badly injured in the shooting. The 30-member fact-finding mission were investigating cases of harassment and other human rights abuses carried out by a local landed family clan against farmers and communities involved in a land dispute. They were initially denied entry to their mission area by the ‘mayor’s goons’ and Badayos, Moises and Matarlo were on their way to the police station to report the harassment incident when they were gunned down.

The group cited the Negros Oriental Provincial Ordinance no.5, s.2008, or known as “An Ordinance Regulating Outreach Activities Through Medical and Fact-Finding Missions in the Countryside of Negros Oriental and for Other Purposes,” wherein non-government organizations and other cause-based organizations are prohibited to conduct any humanitarian mission in Negros Oriental without seeking permission from the governor, municipal government and municipal police. Violators are sanctioned with six months of imprisonment and a fine of P5,000 on participants on the said mission.

Elisa Badayos was the wife of former labor leader and desaparecido Jimmy Badayos.

Fr. Marcelito “Tito” Paez was shot by a riding-in-tandem at 8pm while driving his vehicle at San Leonardo, Nueva Ecija. He was brought to the hospital but was declared head a few hours later. Earlier that day, Paez assisted in facilitating the release of political prisoner Rommel Tucay who was detained at the Bureau of Jail Management and Penology jail in Cabanatuan.