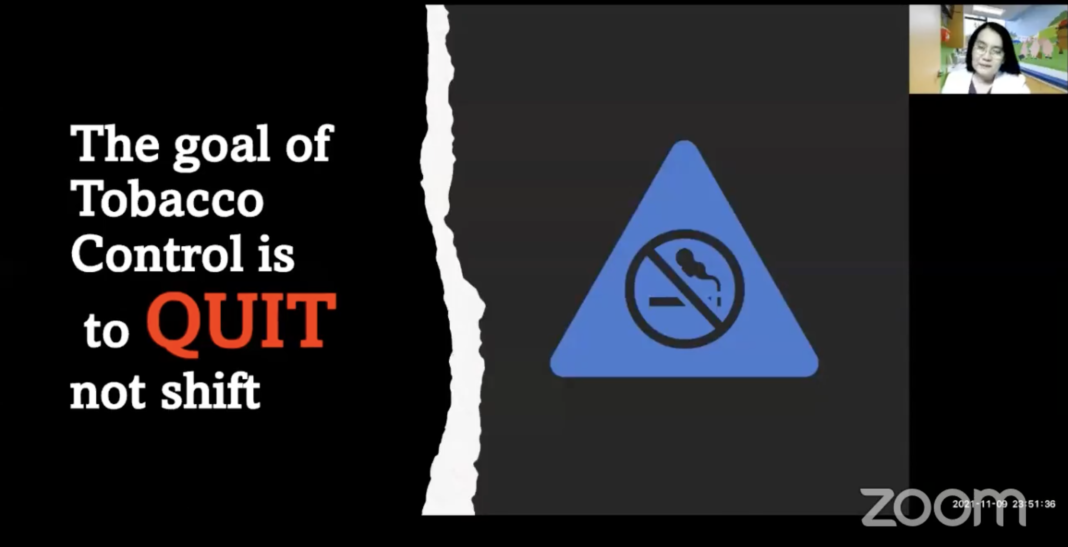 Health and children advocate slammed the Vape Bill or Senate bill 2239 which lowered the age restriction of those allowed to buy electronic cigarettes ranging from 21 years to 18 years old and allows the use of flavors and online sales and advertisements.

Dra. Ana Maria Tabunda, the Research Director of Pulse Asia, further explained the data they gathered from September 6 to September 11, 2021.

“Currently, 96% of the population is not a user of e-cigarette or any vaping device and the remaining 4% has been making use of this electric cigarette in replacement to the actual nicotine product. Almost 8 to 10 or 77% of Filipinos think that the use of e-cigarettes and vapes poses serious health hazards,” Tabunda noted.

Dr. Gonzales stated that smoking can cause serious health hazards. Such adverse effects are harmful to the developing adolescent brain, mainly on the parts that control attention, learning, and impulse control. She added that nicotine would not only torment the user itself but also other people who will then be victims as second-hand smokers.

“There are now studies supporting the hazards of secondhand aerosol (the term for second-hand smokers) causing premature deliveries and small for date babies (small for gestational age),” Gonzales emphasized.

Health experts scored that the Vape Bill is not needed, provided that were existing laws that regulate the use of e-cigarettes such as Republic Act No. 11346 and 11467 which aim to restrict the accessibility of vape to persons below 21 years old, and prohibition of flavors other than plain tobacco or plain menthol.