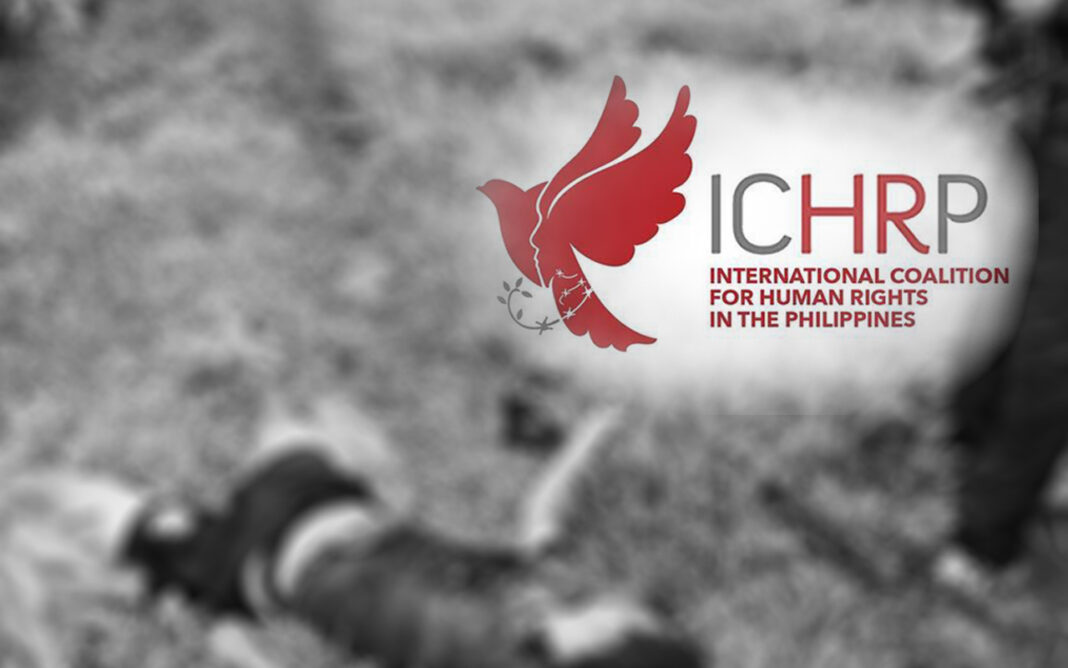 “It alarms us that even Filipino farmers, who are food security front liners in a country barely winning the battle against the COVID-19, have become targets of the Philippine government’s more brutal crackdown,” says Peter Murphy, Chairperson of the International Coalition for Human Rights in the Philippines (ICHRP).

In a statement, ICHRP, a global network of human rights advocates, “strongly condemned the killing of farmers in this time of the pandemic.”

“On top of the already slumped agriculture and distressed food producers, the relentless killings and attacks have wreaked fear in the country’s rural areas,” the group said.

According to local reports, the victims were forcibly taken from their homes and executed at around 5 am on the morning of May 8.

The massacre was denied by the Philippine authorities, who instead claimed that the farmers were rebels. However, ICHRP maintained reports said that it was the Armed Forces of the Philippines (AFP) and the Philippine National Police (PNP) who arrived that day and summarily executed the residents including Robert Villafuerte, who according to locals, suffered from a mental health problem.

Neighboring residents in Barangay Calpi were also harassed and beaten up by the armed authorities which resulted in physical injuries. The victims were Alvin Abuyog, Randy Golimlim, and Marissa Estiller. Two other residents and Estiller’s minor children were also beaten up. The victims’ cellphones were taken.

Another, more recent case is the illegal arrest of farmers in Calaca, in the province of Batangas early morning of May 10 by a joint police and military operation. According to sugar workers and members of the Samahan ng mga Magsasaka sa Coral ni Lopez (Organisation of Farmers in Coral ni Lopez-SAMACOLO), the seized victims were Virgilio Vidal, Marcelo Vidal, July Julongbayan, Leovino Julongbayan, Doroteo Bautista and Roilan Tenorio.

The farmers’ group said that they were illegally arrested and that the arresting team forcibly entered the houses and planted guns, ammunition, and explosives.

Local residents said that some of those arrested are their village officials and had been facilitating the distribution of cash aid a day before the incident.

The global human rights group has condemned President Duterte for using the COVID-19 as an occasion if not an excuse to further his aims to implement de facto martial law throughout the country.

ICHRP highlighted the comment of the UN High Commissioner for Human Rights, Michelle Bachelet that the Philippines’ “highly militarised response” to the pandemic had led to the arrest of more than 120,000 people including activists leading relief efforts.

“It is but heartbreaking and ironic that the killings and abuses continue at a time when we are trying to save lives from the lethal coronavirus,” says ICHRP.

The group lamented that government’s counterinsurgency operations in rural areas have been non-stop despite UN Secretary-General António Guterres’ reiteration for a global ceasefire.

With the massacre in Sorsogon and the recent arrests in Batangas, food producers and rural folks have become the collateral damage.

Since Duterte became president, there have been nearly 250 political killings of farmers.

The New People’s Army operating in the province of Sorsogon (Celso Minguez Command) belied military reports that five rebels were killed in an encounter in Barangay Dolos, Bulan, Sorsogon in May 8.

“No NPA unit was in the area, no encounter transpired and all victims of the massacre were civilians,” Ka Samuel Guerrero, spokesperson for the NPA in Sorsogon, said in a statement on May 8.

“They were then brought to the nearby river where they were summarily executed,” the NPA said.

The NPA said the joint operation was conducted by the 31st IB, PNP 9th Special Action Force Battalion, military and police intelligence units, as well as regional and provincial mobile force units of the PNP. Rebels said the raiding team took away at least P25,000 from community residents.

On April 19, at least 15 residents of Barangay San Juan Daan of the same town were attacked by the said police and military units. The residents reported cases of grave physical injuries, robbery, illegal search and illegal detention, the NPA also reported.

Police Major Malu Calubaquib, Police Regional Office 5 spokesperson said that PNP Bicol also censured the use of the word “massacre” referring to the May 8 Sorsogon encounter.

“This is another attempt of the NDF to mislead the public on what really transpired during the joint police-military operation in Brgy. Dolos, Bulan, Sorsogon. The operatives were legitimately in the area purposely to serve a warrant of arrest to a notorious member of the CTG known as Recto Golimlim for murder when they were fired upon by an undetermined number of armed men later identified as CTG members,” Calubaquib said.