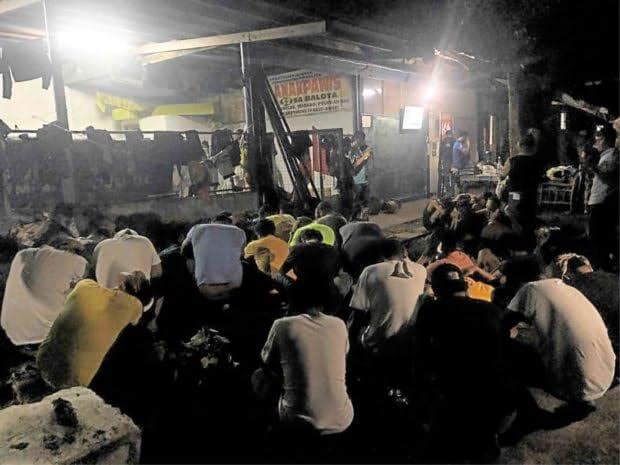 Krueger and Tabura were among the Negros 57, activists arrested simultaneous police raids from October 30 to 31 in Bacolod and Escalante in Negros and Manila through search warrants issued by Quezon City Executive Judge Cecilyn Burgos-Villavert.

Villavert issued several searches that led to over 10 police night or pre-dawn raids at homes or offices of activists and journalists, leading to the arrest of over 76. She is the same judge who issued the warrants against Tondo 3 and Human Rights Day 7. Several of these warrants have been quashed, starting from that issued against Manila Today editor Lady Ann Salem and labor union organizer Rodrigo Esparago.

This was followed by the quashal of the search warrant that Burgos-Villavert issued for John Milton Lozande and five others in Negros by Bacolod City RTC Branch 42 Judge Ana Celeste Bernad for its failure to properly specify the place to be searched. They were arrested in the same series of raids as Krueger and Tabura.

However, Krueger and Tabura’s motion did not yield the same result.

Krueger is a community reporter for Paghimutad-Negros and a full-time organizer and media officer for BPO Industry Employees Network (BIEN) Philippines, while Tabura is the spokesperson for Kilusang Magbubukid ng Pilipinas – Negros.

Krueger was incidentally at the office of Gabriela Negros when the police served the search warrant. Krueger recorded video on Facebook live and reported how the officials planted firearms inside the premises of the compound where the office is located.

“Despite the Court’s resolution upholding the issuance of the search warrants, there is more than enough basis to question the existence of probable cause which Judge Burgos-Villavert found in issuing these warrants. Judge Villavert also issued numerous search warrants used against activists, lawyers, professionals, teachers, church-people, workers, peasants, and other advocates, which have since been quashed by various courts on account of their defects and insufficiencies,” said BIEN Philippines in a statement.

Both Krueger and Tabura are out on bail.

Negros-based activists have long faced legal cases, threats and attacks. There were more than 110 victims of extrajudicial killings in Negros during the previous Rodrigo Duterte administration. Recently, poet and peace consultant Ericson Acosta along with his peasant companion Joseph Jimenez were killed in Sitio Makilo, Kabankalan City in the province of Negros Occidental. There are also 141 political prisoners in Negros, the longest detained among them have been in jail for 14 years.

“We know that there is a concentrated attack against Negros Island and their advocates. Oplan Sauron is still in effect and no one is spared, even legal advocates.  There is reason to believe that the search warrant is one of the operationalized plan under Oplan Sauron,” said BIEN Philippines.