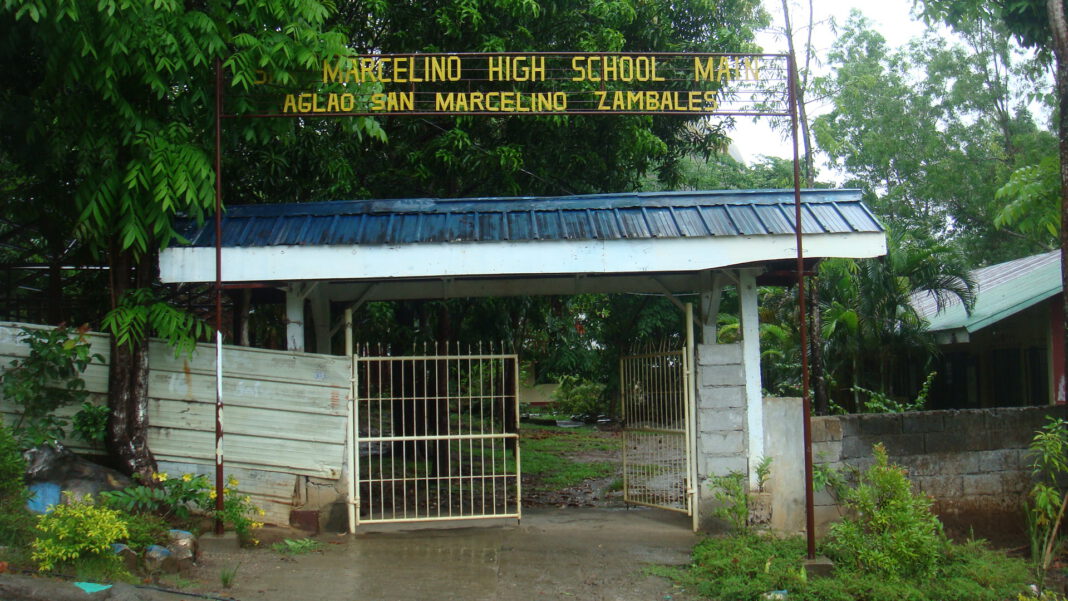 Amid yesterday’s start of pilot in-person classes for 100 public elementary and high schools across the country, two indigenous peoples (IP) schools in Zambales have suspended their in-person classes as some teachers have tested positive for COVID-19.

Two teachers from San Marcelino National High School and five from Baliwet Elementary School have tested positive for COVID-19 in their antigen tests, according to the Department of Education-Schools Division of Zambales.

These IP schools are part of the ten IP schools in Zambales that have been approved for limited face-to-face classes, subjected to health guidelines under a memorandum of agreement between the National Commission on Indigenous Peoples (NCIP), provincial and municipal governments, and the communities concerned.

Under the agreement, the local government unit concerned will provide free rapid antigen and RT-PCR tests for teachers every two weeks, according to a DepEd press release.

The Schools Division of Zambales gave assurance that classes will resume once teachers are given negative results in their succeeding tests.

“The Schools Division Superintendent ensures that classes will begin in these schools once the teachers and other personnel will have a negative result,” the statement read.

DepEd Secretary Briones also said that they are monitoring the situation, and are awaiting for the resumption of classes once approved by local health officials. Despite this, she congratulated everyone involved in the pilot face-to-face classes for its “successful” execution.

[Let us strengthen our promise to support pilot schools while preparing the whole basic education system for a brave new world.]

In light of this issue, the Alliance of Concerned Teachers (ACT) commented on the benefits of conducting regular antigen tests for pupils, teachers and school officials, saying that the measure has proven to be “crucial” in ensuring the safety of other people in these pilot schools.

“The antigen testing of those teachers which yielded positive results has saved a lot of co-workers and learners from possible exposure to the COVID-19 virus. Clearly, screening testing can intelligently guide safe school reopening, and assuage the worries of teachers and learners,” according to ACT Secretary General Raymond Basilio.

He further reiterated their calls for the implementation of key health measures as the country gradually reopen its schools, suggesting that the government should allot P 32 million for weekly antigen test kits:

“This is a small amount to pay for the safety and peace of mind of everyone. It is just a small portion of the DepEd funds, and even a lesser part of the whole government’s budget,” Basilio said.

Prior to the reopening of physical classes, education and health-advocacy groups present their five key demands for the safe reopening of schools, including weekly COVID-19 antigen tests for students, teachers and school administrators, special vaccination rollouts, classroom retrofitting, hiring of nurses and medical practitioners in schools and funding for the recovery of possible COVID-19 cases in schools.

On November 15, the National Union of Students of the Philippines (NUSP) continued amplifying the campaign through a checklist that they said should be followed by the government and the Department of Education.

NUSP earlier slammed Commission on Higher Education Chairperson Prospero de Vera’s remarks on the said campaign, urging groups to “read the guidelines” for the commencement of limited face-to-face classes in schools, referring to a 24-page document approved by the CHED and DOH.

[The criticisms laid down by NUSP come from the experiences of education stakeholders. NUSP challenges CHED and the Duterte administration to listen this time to students and teachers.]

Meanwhile, Kabataan Partylist Representative Sarah Elago visited Aurora A. Quezon Elementary School to check on its condition amid their preparations for a possible school reopening, relaying that the school wants to join the next batch of institutions that will conduct in-person classes.

Kabataan Partylist also repeated their call for the passage of House Bill 10398 or the Safe School Reopening Bill, which was filed by Elago.