Home INFOGRAPHICS 125 new COVID-19 cases in a day among health workers, total of... 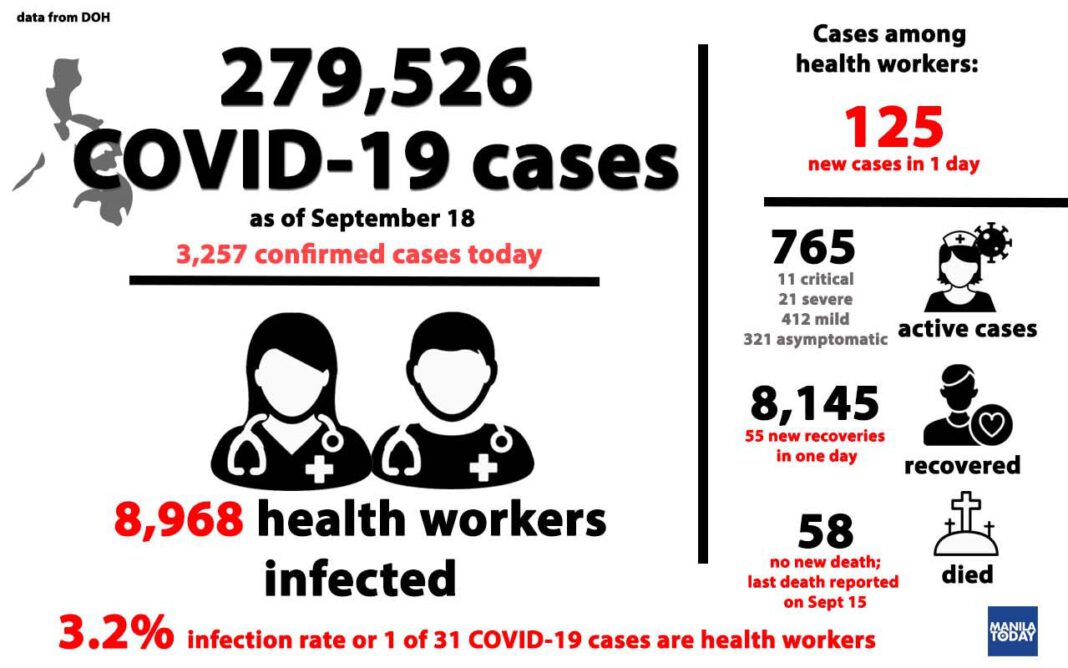 The Department of Health (DOH) Beat COVID-19 Philippine Situationer with data as of September 18 recorded 125 new COVID-19 cases in a day among health workers, bringing the total to 8,968. One in every 31 confirmed COVID-19 case in the country is a health worker.

The Health agency reported 765 active cases among health workers, with 70 cases added in a day.

Total deaths among health workers remains at 58. The last reported deaths were one each on Sept 14 and 15. The DOH has recorded a total of 4,830 deaths.

The Philippines ranked first in the number of total cases in the Southeast Asian region, having 43,007 more cases than Indonesia (236,519) that ranked second. Singapore reported 57,543 cases, Malaysia 10,147 and Thailand 3,497, rounding off the five countries with the most cases in the region.