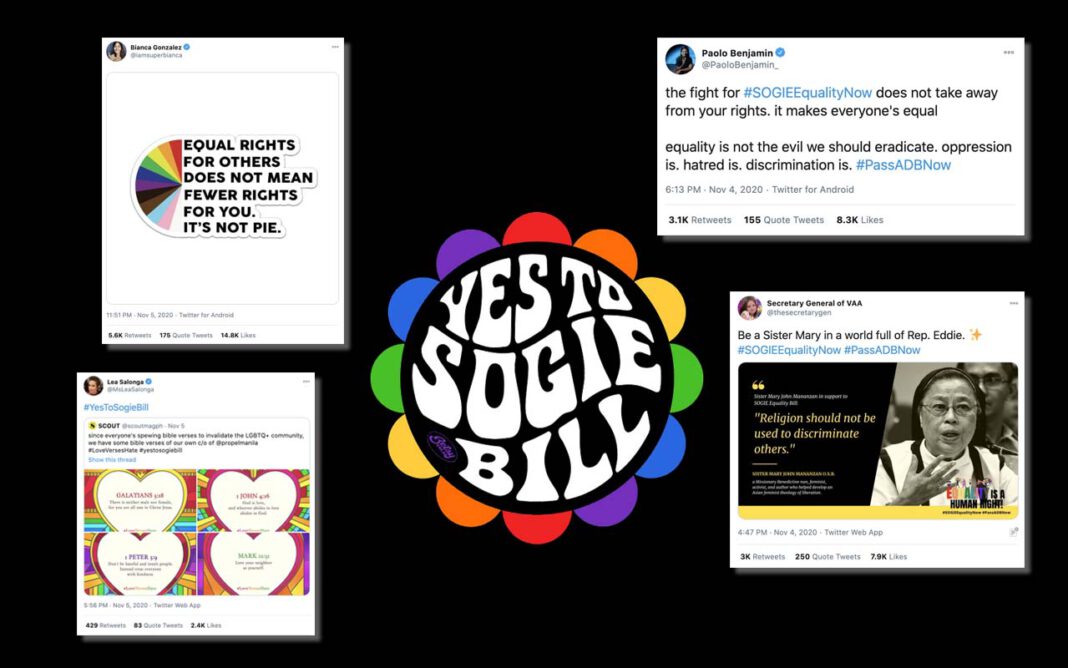 Various groups and individuals aimed to educate on the bill and debunk myths and misconceptions about the bill.

Celebrities voiced their support for the SOGIE Equality bill.

Dissenters to SOGIE Bill also voiced out their contentions on Twitter using #NoToSOGIEBill. Supporters and dissenters engaged in heated exchange online on the SOGIE Equality Bill for days.