Save San Roque Alliance is raising funds to give aid to families in Sitio San Roque in Quezon City.

“The enhanced community quarantine, although a safety measure for Covid-19, has grave effects to urban poor communities,” it said in a Facebook post.

The alliance added that majority of households are having difficulty in providing for their basic needs due to suspension of work and mass transport.

#MayTwentyAko and #SendTwenty campaign, an initiative in social media that started in response to those critics’ of the government’s response to COVID-19 local spread asking “anong ambag mo?”, shared their proceeds to Sitio San Roque’s fund drive.

There are currently 6,000 families in San Roque.

Sitio San Roque is comprised of approximately 6,000 families based in North Triangle, Quezon City that was threatened with demolition since 2010 to make way for the Quezon City Central Business District project of the local government of Quezon City and the national government. Ayala businesses condominium complex Avida Towers and Ayala Malls Vertis North and Seda Hotel have since been constructed in the areas cleared off houses of the urban poor.

To donate, see details below: 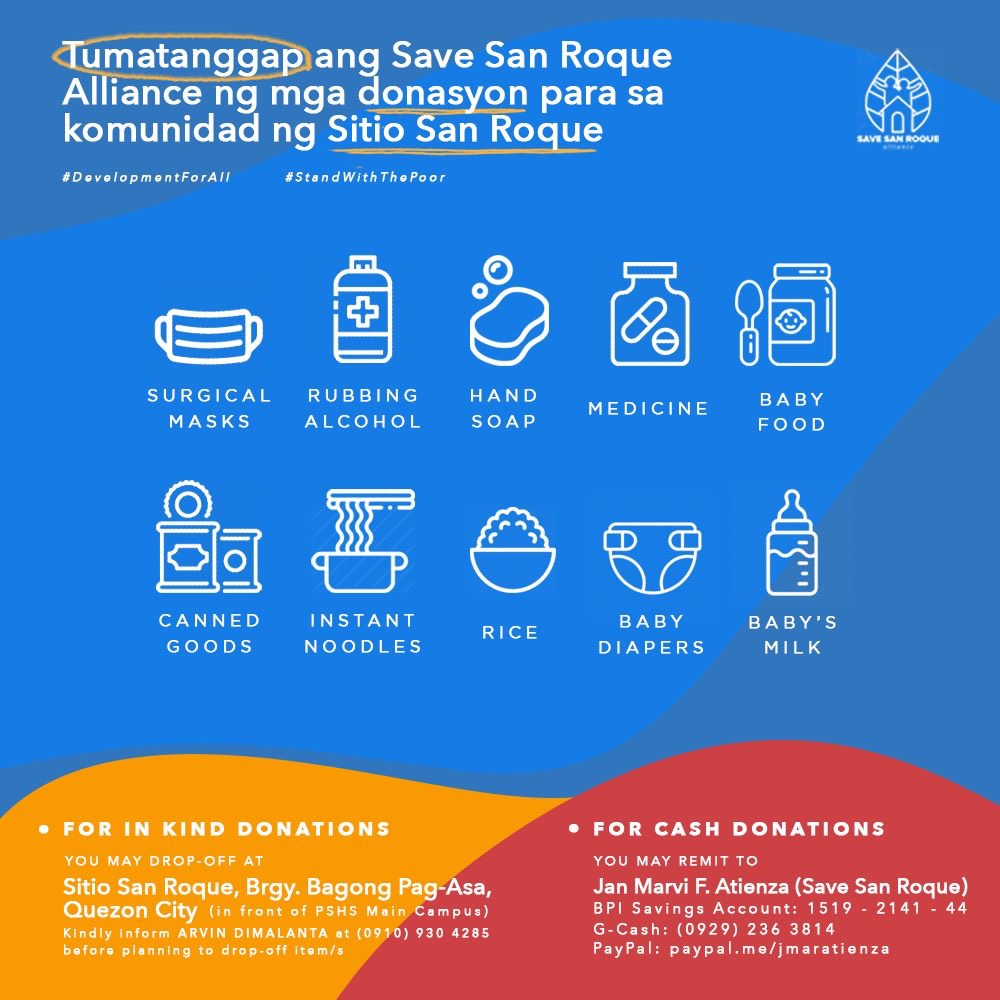