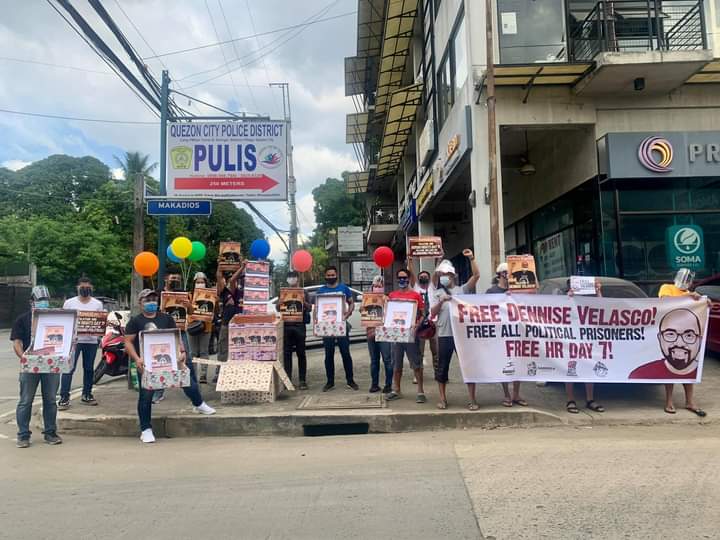 Clad in placards bearing statements like “Palayain si Dennise Velasco” and “Palayain ang lahat ng mga bilanggong pulitikal!”, the supporters echoed in chorus their ultimate demand deemed as a birthday wish for the immediate release of Velasco, the Human Rights Day 7 and all political prisoners in the country.

His supporters further lambasted the continuing scheme of Philippine National Police as regards the fabrication of evidences and charges against labor advocates and critics of the government.

On the other hand, Defend Jobs Philippines related this instance following the recent issue of PNP in line with Christine Dacera’s case.

“The premature conclusions and fabrication of stories being made up by the PNP to the case of Christine Dacera is not new to this institution as cops and state authorities were known to be planting evidences and making up trumped-up charges against its critics for the longest time now,” said DJP in a statement.