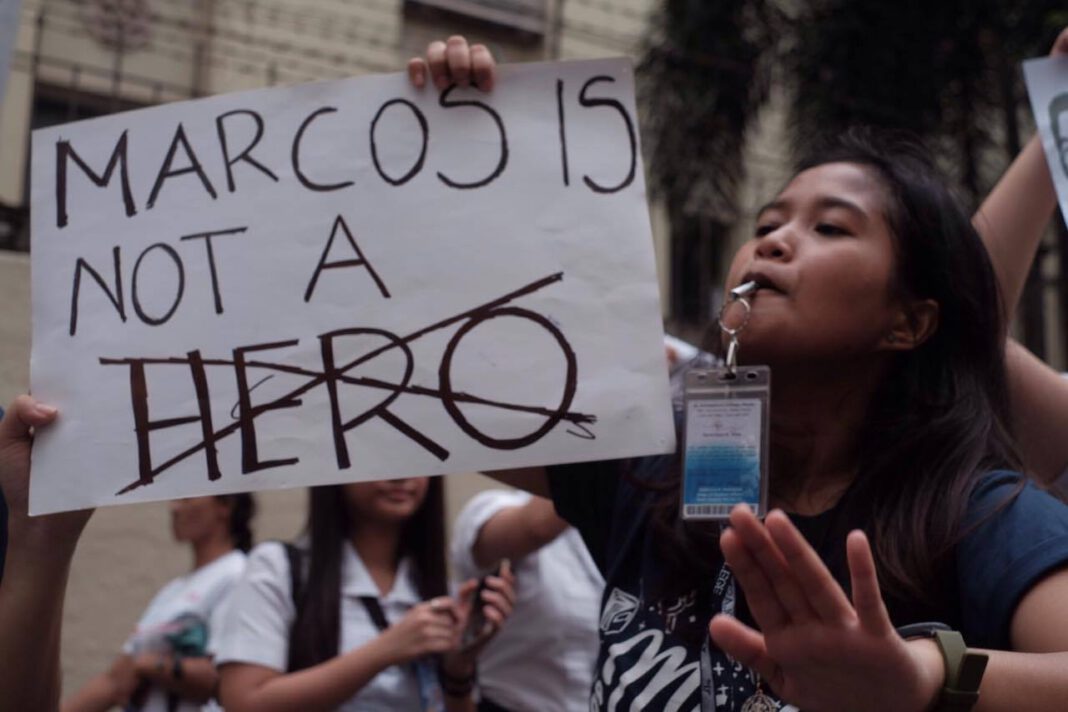 Like a thief in the night, at high noon on November 18, the late dictator Ferdinand Marcos was sneaked into the Libingan ng mga Bayani (LNMB) via chopper–with a Philippine flag on his casket, military honors and a 21 gun salute–was finally given a hero’s burial. The burial was kept secret, even to the media, until the casket was already being transported to LNMB. The Marcos family argued that they wanted to keep the burial private.

The public was outraged and took to the streets in different areas across the country to register their indignation against the burial at the LNMB and hero’s burial given to Marcos.

University of the Philippines – Diliman

Technological University of the Philippines – Manila

University of the Philippines – Manila

IN PHOTOS: Duque to resign, hold accountable for gross negligence on health workers

In photos: Groups condemn killing of 3 Lumad in Lianga